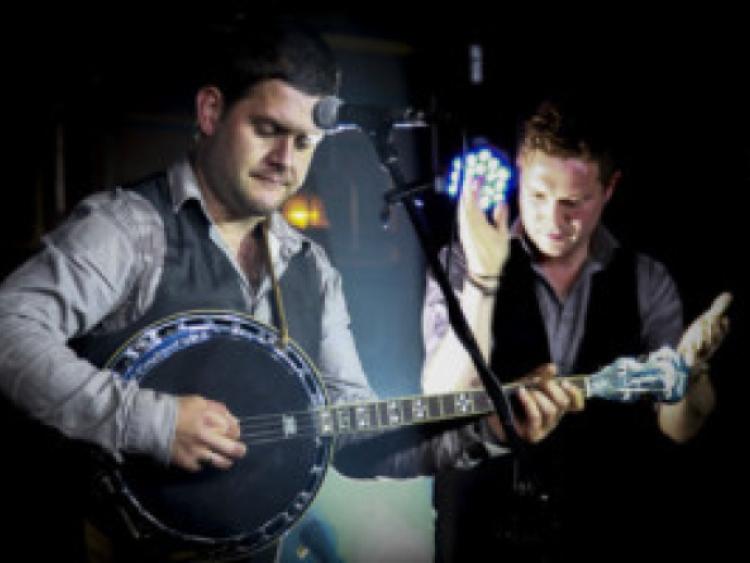 EGAN’S live music venue this weekend will be hosting the Kilkennys when they visit Portlaoise. This well known and loved group are sure to attract a crowd to the venue this Saturday night when they perform.

EGAN’S live music venue this weekend will be hosting the Kilkennys when they visit Portlaoise. This well known and loved group are sure to attract a crowd to the venue this Saturday night when they perform.

Over the past 12 years The Kilkennys have emerged from the traditional settings of the Irish pub scene as a group of musicians with the ability to reinvigorate traditional Irish music and ballads and take them to a new generation. From the beginnings of a bunch of young school friends bonded by their love of Irish music, The Kilkennys have toured the length and breadth of Ireland gaining recognition as one of the country’s hardest working bands.

Having shared the stage with world renowned Irish artists like Shane McGowan and Finbar Furey and after countless performances to Irish communities all over the world, The Kilkennys have taken their music to an international stage and have become synonymous with modern Irish music.

They have successfully re-introduced Irish folk and ballads to a young audience while also winning the hearts of the more seasoned traditional music lovers.

As well as a growing fanbase in Ireland, the group are also very well respected across Europe and beyond, with over 4,000 Czechs attempting to chant along to Irish ballads at the Irish Cultural Festival in Ostrava. Their Germany shows are bigger and Las Vegas even bigger again. Every year the lads from the Marble City perform to thousands of fans all over the world and now The Kilkennys are fast becoming a household name.

The band was formed by brothers Adam and Dave Cashin with fellow pupil Tommy Mackey while attending St Kieran’s College, Kilkenny, Ireland. Their unique vocal and musical sound was completed some time later when Robbie Campion finalised the line up. Originally called “Uisce Beatha” the band have grown into a professional outfit and their name change to The Kilkennys marked their departure from the humble surroundings of the local pub to some of the best venues throughout Ireland.

They have also become regular favourites at Irish festivals all over the world including Boston,Vermont, Connecticut, Las Vegas, New York, Switzerland, Germany, Holland, Czech Republic and Scotland where they play the famous Barrowlands venue in Glasgow. Not forgetting their roots, the band decided to name themselves after their beloved home of Kilkenny city, taking it with them wherever they perform.

The band signed to Dolphin Discs in 2008 and later released their live album and DVD ‘Meet The Kilkennys’ to much acclaim. They have since enjoyed an escalation into mainstream Irish music that has lead to many radio and television performances.

Now concentrating on building their international fan base through mini tours of Europe the UK and America, The Kilkennys are orking on a forthcoming studio album which they hope will be another departure in their musical careers. The album is set to contain a collection of original tracks and renowned Irish songs with the expected injection of energy, melody and youth. No doubt that a large crowd are expected to attend the gig at the weekend and fans are advised to arrive early to avoid disappointment.