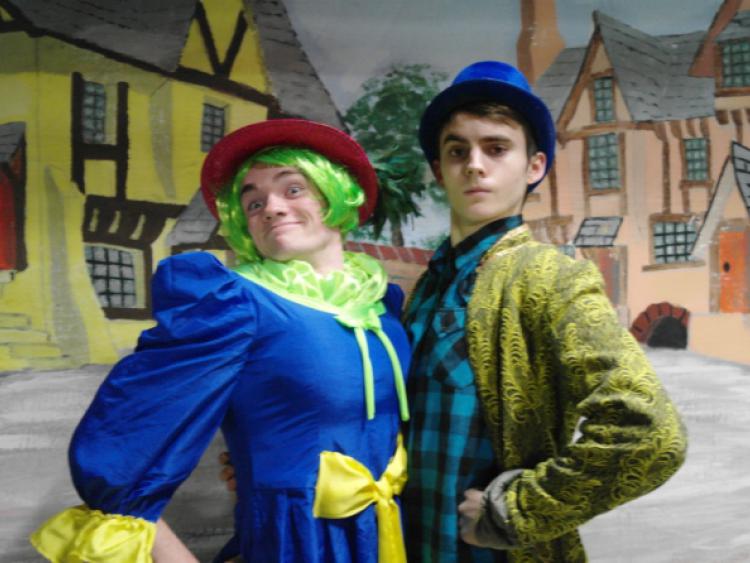 There’s a great air of excitement around Raheen these days as the local Pantomime Group put the finishing touches to their 27th annual pantomime – Hansel and Gretel.

There’s a great air of excitement around Raheen these days as the local Pantomime Group put the finishing touches to their 27th annual pantomime – Hansel and Gretel.

The event will be staged at the James Fintan Lalor Hall, Raheen from Thursday 16 to Sunday January 19 at 8pm nightly – with special matinees on Saturday 18 and Sunday 19 at 3pm.

The group is also celebrating their 30th anniversary, as the first production was staged in 1984.

This year’s show is very much a traditional panto in every sense, and it combines all the necessary elements which go to make up a great panto.

The never-ending struggle between the wicked Witch and good Fairy comes very much to the fore in this ancient story, and the audience will be on the edge of their seats as the suspense grows and the plot thickens.

Hansel and Gretel become the target of the Wicked Witch and the whole town becomes involved in this age-old struggle of good versus evil.

However, it’s certainly not all doom and gloom – as there are barrels of laughs and side-splitting antics provided by Dame Nellie and comics Rough and Ready.

The suspense is also banished by the colourful and energetic chorus line and the exceptional musicians and soloists.

The cast is a fine blend of youth and experience, and producer/director John Hosey comments that the array of young acting and singing talent in this year’s production is indeed a very unique feature.

While some groups and organisations are struggling to keep going, the numbers taking part in panto in Raheen have more than doubled in the last few years – and it’s more popular than ever with the audience.

The panto commences on Thursday, January 16 at 8pm and runs till Sunday 19 with matinees at 3pm on Saturday 18 and Sun 19.

Tickets are available on the door – adults €10, children and OAPs €7.