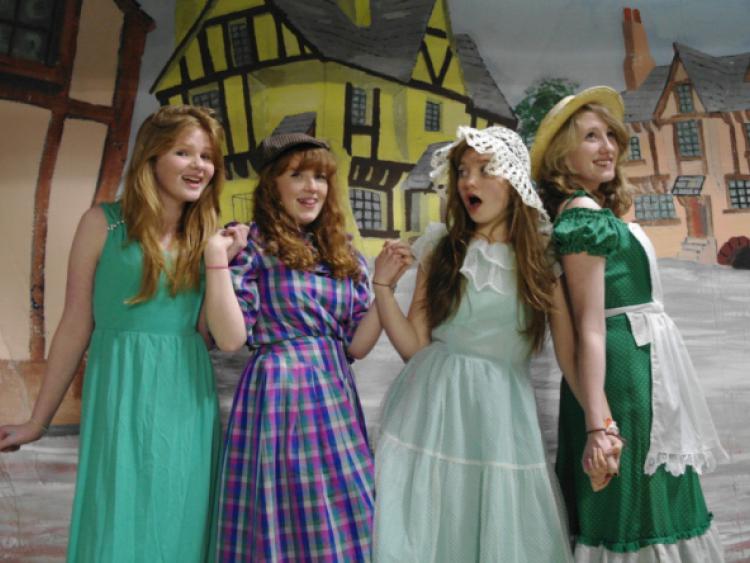 The Gypsy boys are played by Darren Phelan and Aaron Phelan,Eoin Hosey appears as the Blacksmith, while the shop girl is played by Karen Phelan,the Baker is Elizabeth Keyes and Aine McDonald plays the Milk Maid while Stephanie Dent appears as The Shepherdess with Aoife Hosey as the Flower Seller.

The village girls Martha and Polly are played by Caoimhe O’ Keeffe and Jessica Barrett respectively, and last but not least, the village boys are as follows, Rob is played by Eoin O Sullivan, Eoin Hanley is Dano, Enda Mulhall is Mitch, Darren Phelan is Damo while Aaron Phelan plays Roy.

Producer once again this year is John Hosey assisted by Pat Phelan, and the Musical Director is also John Hosey. The energetic chorus line is choreographed by Tanya Grant assisted by Emma Grant, the superb lighting is by Lar Scully, while the vast array of colourful costumes are the work of Teresa McEvoy and her hardworking team – Mary Murphy, Bernadette Murphy, Helen Bonham and Nicola Phelan.

In charge of make-up also is Nicola Phelan, while Michael Crowley takes charge of Sound, the pantomime Orchestra is made up of John Hosey on Guitar and Keyboards, Neil McEvoy on Bass, Ian Whelan on Lead Guitar, Darragh Hosey on Drums,Conor Donohoe on Violin with Vincent Crowley on Keyboards.