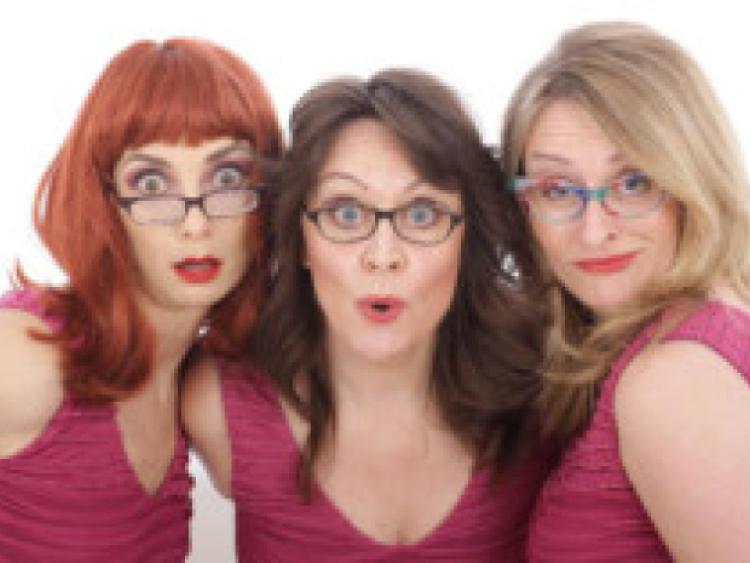 Ireland’s top all female comedy singing sensations The Nualas are ‘pass out from the glamour of it all’ entertainment.

Ireland’s top all female comedy singing sensations The Nualas are ‘pass out from the glamour of it all’ entertainment.

In a world where pop stars think nothing of singing in their underwear, The Nualas buck the trend by sporting proper yet unbelievably shiny stage attire. Fans will hear Nuala favourites like ‘Manolo’ alongside fabulous all-new classics, such as ‘Sexy Farm Song’, and ‘Jesus, Mary, and Joseph, Why Am I So Fat?’

Nuala, Nuala and Nuala, hence the name, The Nualas, met at a calf-pulling competition in Tubbercurry. When they discovered they all shared the same fabulous first-name, they took it as a sign they were destined to form an international super-group.

With self-penned songs, scintillating vocal harmony and ambitious choreography, this dynamic trio have wowed audiences all over the world and cultivated a massive cult following from Sligo to Sydney.

Expect scintillating vocal harmony, ambitious choreography, bags of bling, and a night packed solid with craic, laughter, tears, and chat (not necessarily in that order).

The popular trio will be performing in the Dunamaise Arts Centre this bank holiday Sunday, October 27, and tickets are on sale now.