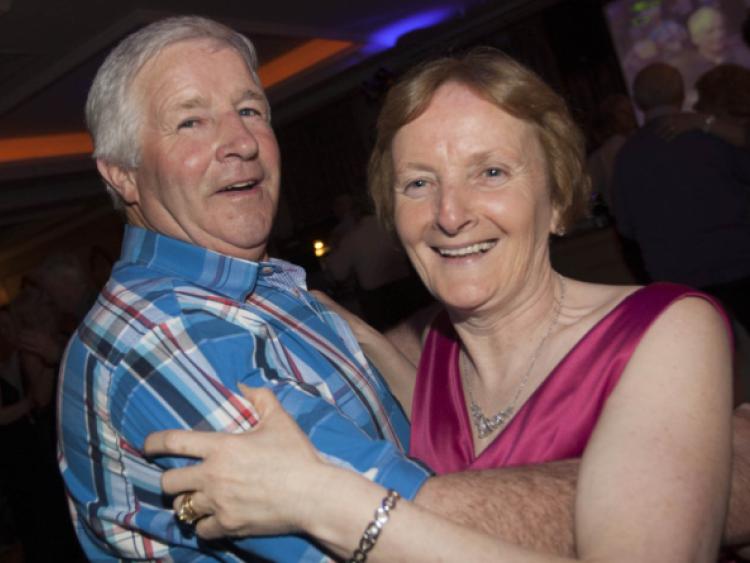 The fifth Annual Tribute Dance for the late Johnny Barrett was held on Wednesday night, April 24 in the ‘Castle Arms Hotel’ Durrow.

The fifth Annual Tribute Dance for the late Johnny Barrett was held on Wednesday night, April 24 in the ‘Castle Arms Hotel’ Durrow.

Dancers from all over the country came to remember the popular Cork entertainer who died from cancer in December 2008.

The dance is held close to April 27th which is close to his birthday, with all proceeds of the night going to Laois Hospice Foundation.

Johnny had played many times in Laois and had a legion of fans who fondly remember him still.

Seamus O’Donoghue, Chairman of Laois Hospice thanked organisers Connie & Mary Thompson, The Castle Arms Hotel and the 7 Bands who gave their services free of charge. The night was a huge success and €3,235 was donated to Laois Hospice.