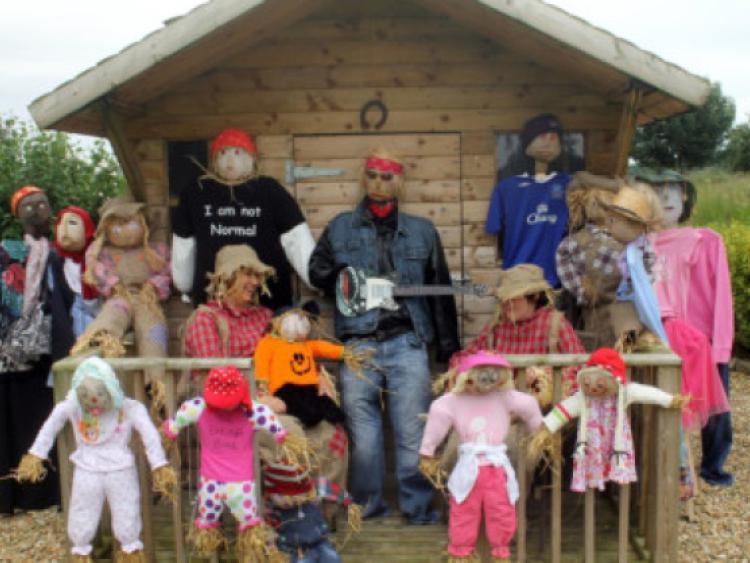 WITH thousands of visitors to the Durrow Scarecrow Festival each year, there clearly is something about scarecrows.

WITH thousands of visitors to the Durrow Scarecrow Festival each year, there clearly is something about scarecrows.

The festival now in its fourth year was launched last week and will take place from Sunday July 28 to Monday August 5. Nominated for ‘Best Festival of 2012’ by the Irish Times Ticket Awards, this year’s festival promises to be bigger and better than before. The festival which has become synonymous with great family entertainment is home to the All Ireland Scarecrow Championships. The competition which sees over 150 scarecrows compete for the title of ‘All Ireland Scarecrow Champion’ is fiercely fought with a prize fund of €3,000 up for grabs with the overall winner receiving €1,000.

The event which is organised by Durrow Development Forum has a clear focus – to offer great value family entertainment. Each year new events are added and this years’ include ‘5kms of Fun – Run / Jog / Walk’, ‘Scarecrow Bootcamp’ which will be judged by former ICA Bootcamp Judge Breda McDonnell, a St Fintan’s College School Reunion and a family fun and games evening. Back by popular demand will be Adela and the Meanits, Woodbine and the IwW Wrestling Warriors. Other events include the flower show, craft workshops, outdoor market, art and crafts exhibition, teenzone, street entertainment and children’s summer camp.

Full details are available on www.durrow.ie and on Facebook. Durrow Development Forum would like to acknowledge the valued support of Laois Partnership Company, Laois County Council, The Gathering Fund and the local businesses without whose support the festival would not be possible.