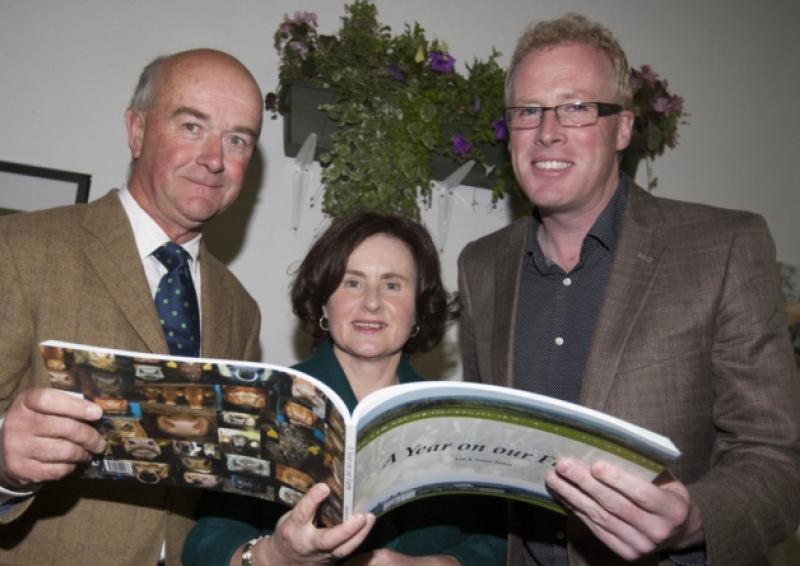 When the National Ploughing championships last visited Laois the Talbot family in Ballacolla co-hosted the event so it appropriate that the same family has just launched a new book that promotes farming in Ireland.

When the National Ploughing championships last visited Laois the Talbot family in Ballacolla co-hosted the event so it appropriate that the same family has just launched a new book that promotes farming in Ireland.

‘A year on our Farm’ is the title of the innovative book in which Ann and Robin Talbot document events on their well-known beef farm. The Talbots decided to write a book because felt that farming and particularly beef farming rarely attracts positive consumer interest.

They want to tell the story of what really happens on an Irish livestock farm on a day to day basis; to show a side to Irish agriculture that is the positive, progressive and wholesome.

“There is plenty of talk about organic food production but that only accounts for a fraction of what people eat,” says Ann. “We felt our story wasn’t being told; the story of ordinary commercial beef production on an Irish family farm in the early 21st century.”

“While we farm on a larger scale than average, what we do is no different to what livestock farmers all over the country do every day of the week,” she adds. “We look after our animals as best we can, we grow crops and grass to feed them and we try to get as good a price for them as we can when we sell them.”

This book provides an insider’s view of the workings of their 235ha farm over the calendar year of 2012. While it is aimed firstly at the agricultural sector, the Talbots have also endeavoured to make it accessible to the general consumer.

“We are proud of what we do and want to show consumers who, rightly, care very much about where their food comes from, the amount of skill and dedication involved,” says Robin.

The photos were taken by Ann who is not a trained photographer but she has tried to capture the animals and people in their working clothes going about their daily life. This is a no-frills account of life on a modern farm, which is sometimes gritty but always honest.