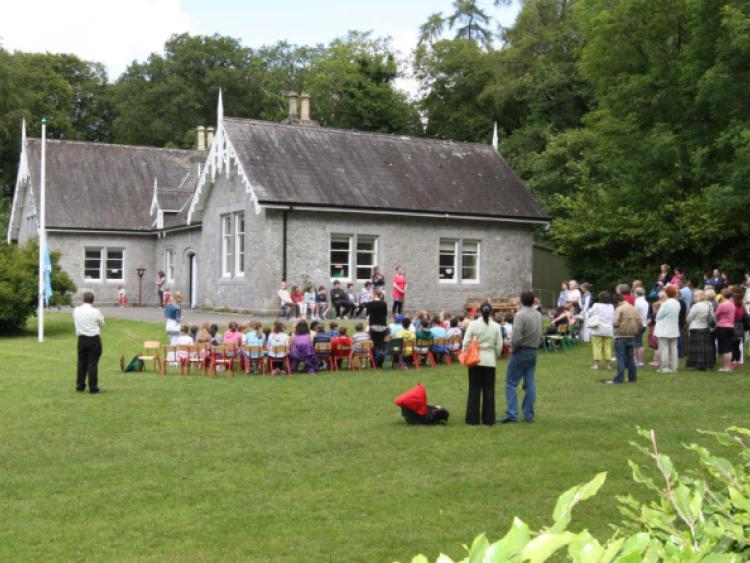 On of the most jewell buildings in Abbeyleix is st to go under the hammer later this month.

On of the most jewell buildings in Abbeyleix is st to go under the hammer later this month.

Onwedesday, June 28 at 3pm the former home of the South School NS goes up for sale by public auction by Ganly Walters in Dublin.

The Old South School is situated at the southern end of the Heritage town and designed by the first and second Viscounts de Vesci in the 18th century.

“Rarely does such a historically significant property come to the open market, and in such beautiful exterior condition,” say the auctioneers.

The building comes complete with a wealth of period & historical features including, timber framed windows (the upstairs with a delicate diamond design), timber panelled doors and cast iron chimney-pieces and carved wood trusses.

The earlier part of the school comprises, large classroom, which would have connected to the original headmaster’s house which comprises four downstairs rooms all of a good size and three former bedrooms upstairs.

The later part of the school comprises three large former classrooms and lavatory facilities. To the rear of the building are the original cut stone buildings which housed the lavatories. It is set within mature landscaped grounds, with a large sweeping lawns to the front of the property.

“This beautiful former school comes to the market as a “blank canvas” say Ganly Walters.