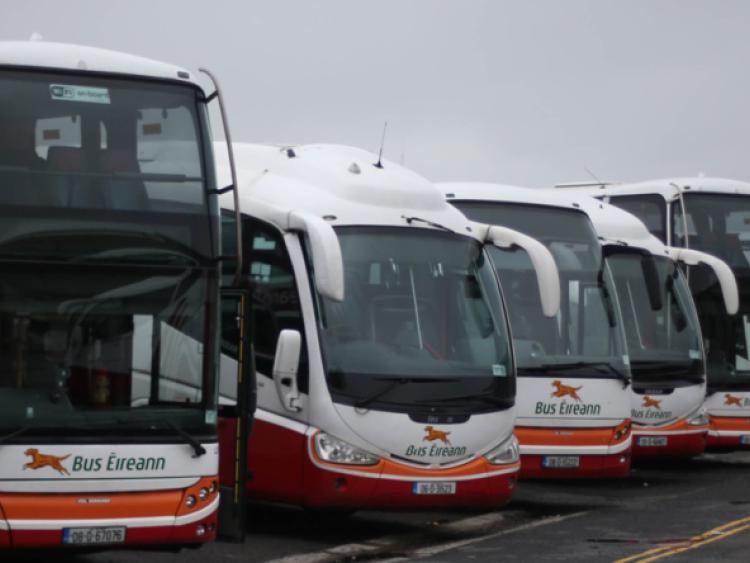 Bypassing Laois will “provide faster journey times” between Dublin and Limerick, according to the semi-state company that is supposed to provide public transport.

Bypassing Laois will “provide faster journey times” between Dublin and Limerick, according to the semi-state company that is supposed to provide public transport.

Bus Éireann has confirmed that it will be cutting the towns of Borris-in-Ossory, Castletown and Mountrath from the Dublin to Limerick route. It said private operators are better placed to serve the public in these towns. In a statement, the company said that they had “revamped” the service to provide shorter journey times.

“As a result of the revised route to provide faster journey times in line with customer demand, Bus Éireann will no longer service Daly’s Cross, Birdhill, Toomevara, Moneygall, Borris-in-Ossory, Castletown and Mountrath, on the route 12. These areas are already well served by other operators on this route,” it read.

Seamus Boland, CEO of Irish Rural Link, is angered by the cuts, and is calling on Bus Éireann to disclose information on its subsidised routes.

“The whole idea of these subsidies is to assist the company in providing a service in rural areas, places that are not commercial. This is not a commercial route, but a very necessary service, and Bus Éireann have told us that it is not subsidised by the Irish government.

According to Mr Boland, Bus Éireann are obliged to fully explain to people why they are no longer providing this service.

“Are these subsidies being used on commercial routes instead, to compete with private operators? When it’s public funding, Bus Éireann have an obligation to explain to people why these subsidies are not providing this service,” he said.

As it stands, the 12 and X12 service stops in Borris-in-Ossory, Castletown and Mountrath nine times throughout the day. These services will cease to exist from September 14. Mr Boland said the move shows what Bus Éireann thinks of these towns.

“It signals to people that small towns are less important than bigger towns. There’s been a mixed response from the people affected. The suddenness of the situation was terrible, and people are trying to make other arrangements now.”

Irish Rural Link are now calling on the Oireachtas Committee to look at all Bus Éireann routes to provide better services to rural areas.