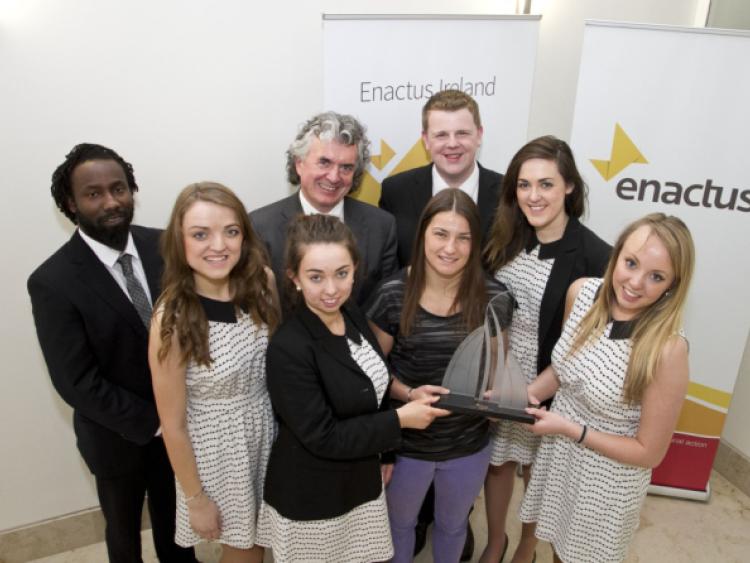 A university student from Abbeyleix is this week representing both her county and her country in Cancun, Mexico, where she is taking part in an international business competition.

A university student from Abbeyleix is this week representing both her county and her country in Cancun, Mexico, where she is taking part in an international business competition.

Ciara Egan is just starting her second year in a global business course at DCU, and is part of a six-person team from the university who are representing Ireland in the prestigious Enactus World Cup.

Enactus is the world’s largest university-based partnership between business and higher education, and encourages university students to make a positive difference to their communities.

Ciara is a member of the DCU team who earlier this year won the national Enactus competition for the second year in a row, seeing off challenges from a number of top Irish universities to secure a place in the Enactus World Cup.

The DCU projects included HeadstARTS, which provided art, dance and drama classes to people with intellectual disabilities. Ciara was treasurer with the HeadstARTS project and took part in classes every week.

“There’s an Enactus society at DCU and I signed up because I really like what they do, I knew it would be very good for me to join,” Ciara told the Leinster Express.

“After I graduate I’d like to go into marketing or product development.”

She explained that her group had to give a 17 minute speech at the national competition, which suitably impressed the judges to secure them a place in Cancun.

There will be 38 countries taking part and Ciara and her team have worked hard to bring the best of Irish business acumen to the international forum.

“We’ve done a lot of work over the summer and it’s nice to see our hard work being noted,” she said.

While the competition was due to last three days (September 29 to October 1), Ciara will be spending the full week in Cancun, where she will get a chance to soak up the expertise of international businesspeople attending the event.

“There will be lots of speeches and dinners, and there will be the CEOs of companies there and we’ll get a chance to chat to them,” she enthused.