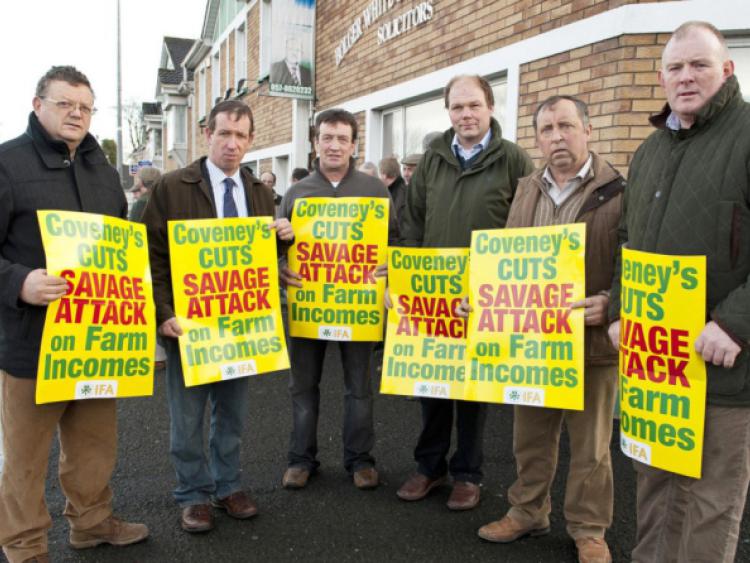 Laois farmers are being urged to deliver a show of strength this week to back the county man who is campaigning to win the biggest job in Irish farming.

Laois farmers are being urged to deliver a show of strength this week to back the county man who is campaigning to win the biggest job in Irish farming.

Tonight, (Tuesday October 15) in the Abbeyleix Manor Hotel Jer Bergin from Ballacolla officially launches his campaign to become the next president of the Irish Farmers Association (IFA).

Pat Hennessy is Laois IFA chairman and one of the men the candidate has lined up to help him get elected. The county chairman and campaign manager says farmers will back the Ballacolla candidate because he is the best candidate.

“We are getting good feedback and we are confident he will do it. We know he is the best candidate,” he said.

Pat says the CAP division and the cuts to farm schemes are the biggest issues on the campaign trail. He says the loss of the REPS scheme must be replaced by some form of environmental scheme.

As campaign manager, Pat has his work cut out. He says there are more than 900 branches and 29 county executives have to be canvassed. Voting starts in December. Mr Hennessy says the size of the organisation reflects its strength and value to farmers.

“The IFA now has a better network than the gardaí,” he said. “We have to get into every parish and townsland in the country except for Meath where the other candidate is from...Everybody has to be met and listened too. It is a mammoth undertaking for Laois farmers”.

“All farmers are welcome to the launch we expect around 700 people. It is in their interest to have a good candidate and Laois people know he is a tireless worker,” said the County Chairman.