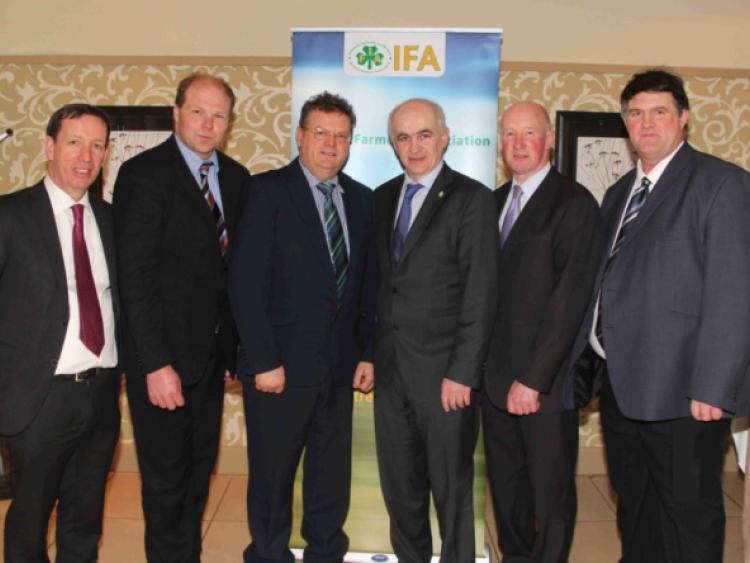 IFA President, Eddie Downey termed the current impasse on beef prices as the ‘worst crisis I have seen since BSE.”

IFA President, Eddie Downey termed the current impasse on beef prices as the ‘worst crisis I have seen since BSE.”

Mr Downey made his comments during his address to the AGM of Laois IFA last Monday night week in the Killeshin Hotel.

The frustration of members over beef prices and the policy of factories was palpable at the meeting and, in sometimes robust exchanges, Mr Downey had to defend his position on the matter since taking office in early January.

Speaking from the floor, Pat McLoughlin accused the IFA leader of taking no action on the matter. “We have seen no bold action. It appears that nothing has been done about it. Cattle farmers are been driven out of business by these prices,” he charged.

Mr McLoughlin also asked why factories were not blocked in mid-January, as occurred 14 years ago.

Acknowleding that the beef market was in free fall, Eddie Downey responded that: “No one with cattle wanted to block factories. That was the one clear message I got from people around the country. We have to look at every option. It was easy to block factories 14 years ago. For one thing there was a scarcity of cattle in the country then. We have to push the Minister to make sure the factories do not change the specs,” he stressed.

John Finlay said that there was a depression in the beef industry. “Radical action is needed. The challenge is how to keep beef farmers sustainable.”

National Livestock Chairman, Henry Burns said that the bottom line in getting things done was about the result.

He acknowledged that the IFA had not been that successful to date in this present crisis, and that people had different views on what should be done.

“The UK and Germany has stabilised. There is a huge responsibility on our factories to steady up. The Minister has to say to factories that they cannot change the specs. Food Harvest 2020 is dead unless he acts on the factories.”