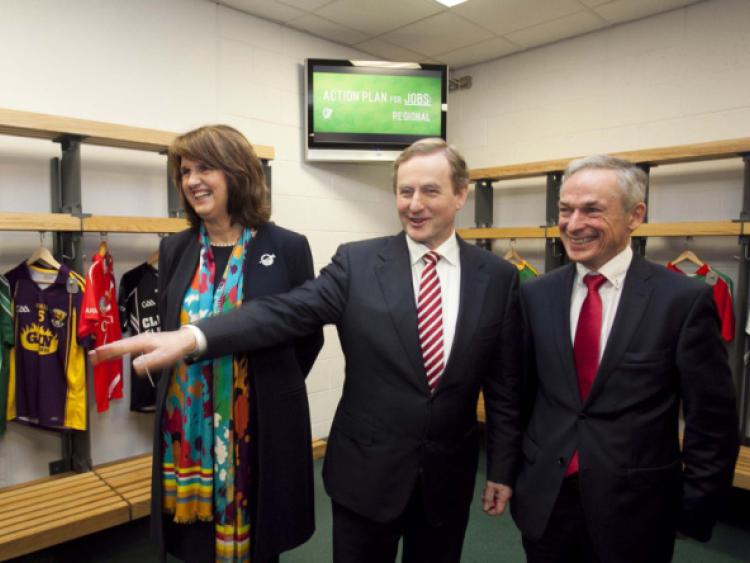 The IDA has pledged to up its game as shocking figures on job creation in Laois confirm that a radical shakeup will be expected if there is to be any hope for young people to get employment in the county.

The IDA has pledged to up its game as shocking figures on job creation in Laois confirm that a radical shakeup will be expected if there is to be any hope for young people to get employment in the county.

In a week when the Government pledged €250million to be spent to bring jobs to the ‘regions’, data published in the Dáil this month appears to show that Laois has fallen further down the pecking order.

Since the Government came to power 2011, just 33 jobs have been created in IDA backed companies in Laois. This figure confirms the county’s s place at the bottom of the league for the lucrative IDA jobs.

Just nine IDA-backed jobs were created in Laois in 2014 compared to 44 in Offaly. Last year’s little increase was wiped out by the loss of 28 jobs in IDA supported companies.

Over the past three years 52 jobs were lost in overseas companies compared to 31 created.

In total there are just 87 IDA-backed jobs in Laois which is an astonishing 10 times less than the 890 jobs in Offaly.

There are 10,000 plus IDA backed jobs up the road in Kildare.

Even little Leitrim is well ahead of Laois with 613 jobs in companies from abroad.

After overseas companies, the next most valuable private sector jobs are in Irish companies that export their goods or services.

These jobs are backed by the State agency Enterprise Ireland.

The 951 jobs ranks Laois second bottom to Leitrim for this type of employment. There are 50 such employers in Laois down seven on 2012.

The IDA’s representative in the Midlands is “very hopeful’ that things will improve. She says the agency is working with Laois County Council and local agencies to develop a hub for service type companies in Laois.

As well as the impending publication of a Midlands Job strategy, she said the new chief executive of the IDA has set targets for the creation of new IDA jobs outside Dublin.