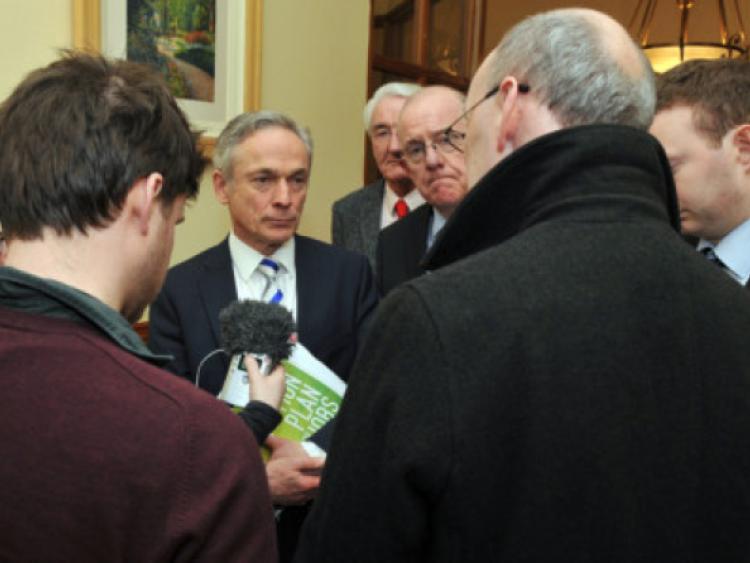 Government parties have ‘utterly failed’ to create jobs in Laois, according to a Fianna Fáil candidate who admits his party could “perhaps” have done more while in power.

Government parties have ‘utterly failed’ to create jobs in Laois, according to a Fianna Fáil candidate who admits his party could “perhaps” have done more while in power.

Minister Richard Bruton was in Portlaoise last month to meet businesses to discuss how jobs could be created in Laois. The IDA and Enterprise Ireland also attended the meeting chaired by Charlie Flanagan TD.

While FF’s delivery of jobs to Laois is questionable, David Ryan a Abbeyleix/Portlaoise local election candidate for FF said the Government has not delivered.

“The Government parties of Fine Gael and Labour have utterly failed the county of Laois. We have a Fine Gael dominated County Council and what have we got? Literally nothing,” he said.

He said the news that the IDA and Enterprise Ireland invested “absolutely nothing” in Laois throughout 2012 was both shocking.

He said there the priority is jobs but there was not much improvement either in 2013 when, he claimed, the IDA brought two companies to Laois.

“However, in the immediate aftermath of this scandalous revelation, the Fine Gael PR machine kicked into action, and we have been informed that Minister Richard Bruton, along with a delegation from the IDA will be visiting Rathdowney to show case facilities there.

“It’s amazing the swiftness of action that can occur a mere four months out from an election,” he said.

Mr Ryan Fine Gael/Labour has completely overlooked Laois while the Fine Gael led Council has been “completely ineffectual” with regards to the lobbying and promotion of Laois as a place to do business.

He said the Midlands had a higher than average unemployment rate and should be a focus area for investment.

Mr Ryan admitted that “perhaps” his party could have done “a lot more” in Laois also but he argued that there had been growth in Portlaoise while FF were in Government.

“We can all look back and hit the straw men,” said Mr Ryan.