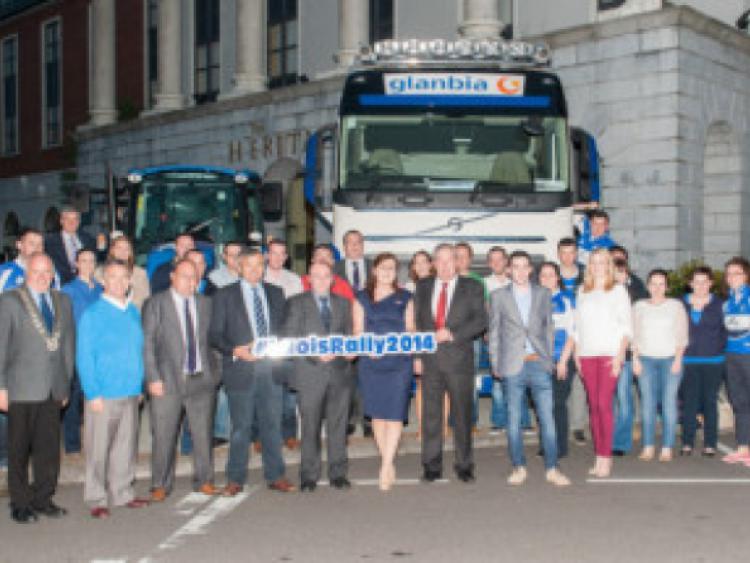 An expected crowd of 2,500 people will visit Laois for the Macra National Conference over the October bank holiday weekend.

An expected crowd of 2,500 people will visit Laois for the Macra National Conference over the October bank holiday weekend.

Laois Macra fought off stiff competion just over ten months ago to stage the event with preparations now well under way for the staging of conference and a associated events on October 24, 25 and 26.

As well as including live music across the weekend the conference will be officially opened by Minister Simon Coveney on the Friday night and will also feature farm walks and a national agriculture conference on the Saturday afternoon. A banquet marking the 70th anniversary of Macra na Feirme will take place on the Sunday.

Laois Macra Chairman JP Fenlon said they are very much looking forward to hosting the event. “It is a great opportunity. There will be something in the region of 3,000 people converging on the county over the weekend,” he said.

Laois Macra put considerable effort into its successful bid. There were three other counties in the running for the conference but the bid from Laois was the successful one. Laois last hosted the event in 2006.

“It is a big boost for the county and for the young farmers in Laois to be hosting the national conference,” Mr Fenlon said.

The conference is sponsored by W.R. Shaw Tractor Sales and Glanbia.

As well as the banquet and musical entertainment over the weekend, there are also a number of farming events of topical interest which will take place in the county. An annual feature is question time on a topical agricultural issue and also this year, in light of several farm accidents and fatalities, farm safety will be heavily promoted.

Events will also be staged in the Manor Hotel in Abbeyleix on the Saturday while there will be visits to farms around the county. Mr Fenlon confirmed that events would be spread throughout the county in Ballacolla, Mountrath, Ballylinan, Emo and the Heath.

Looking forward to the evets, Mr Fenlon said: “This is not something which has come about by chance. We have been planning this for the last ten months and work has been going on in the background for the last couple of months”.

A county effort is required.

“The wider farming community in Laois will be called upon to make sure everything goes without a hitch,” Mr Fenlon said.