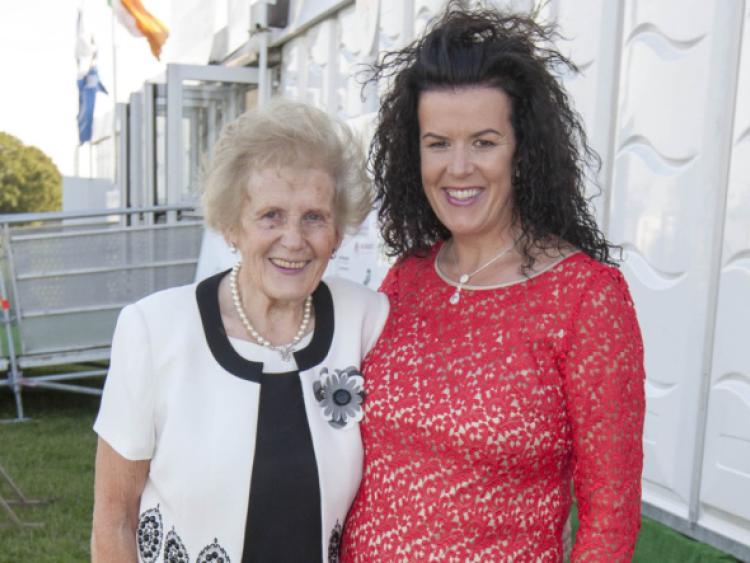 Anna May McHugh reluctantly accepted the job of Managing Director of the NPA forty years ago this year, but made its success her life’s work.

Anna May McHugh reluctantly accepted the job of Managing Director of the NPA forty years ago this year, but made its success her life’s work.

Secretary of the NPA since 1955, she became MD in 1973, when most wives didn’t work outside the home, let alone run companies.

“I was taking minutes at the meeting when my name was put forward, and I remember my hand refused to write, I was so shocked. It was daunting,” she said.

She had to earn her respect from the farming community.

“They would look for a Mr McHugh for a long time. In 1984 at a meeting of county reps, all male, I asked if we could run a fashion show. One Corkman said ‘I thought it was a ploughing match we were having’. It went ahead and is now a big part,” she says.

Thrilled that the championships have returned for the fifth time to her home county, she is still deeply involved in its organisation, rattling off stats in the blink of an eye. She has no intention of retiring.

“I don’t think you should have to justify your age, if you are able to do it, you should be left to do it, I have a lot of experience to bring to the table,” said Anna May, who is the current Veauve Clicquot Businesswoman of the Year.

Throughout the years, she had the solid support of her husband John.

“Dad was a quiet country man. Mam says he was her backbone. He farmed fulltime but when she had to travel abroad, he had no issue with doing dinners and school runs. I got my confirmation when Mam was in New Zealand, though she had everything arranged,” daughter Anna Marie says.

John passed away six years ago, while president of Laois Ploughing Association.

Anna Marie and her brother DJ, chairman of Laois Ploughing Association. both grew up with a love of ploughing and the championships.

“From the time I was fit to, I was stamping letters and photocopying,” Anna Marie says.

A marketing graduate, she co-ordinated Ireland’s hosting of the ‘96 World Ploughing championships. A year on she started a PR job with the NPA and is now an assistant MD.

She became General Secretary of the World Ploughing Organisation last April, the first woman to do so.

“I could relate exactly to Mam’s experience. There are 33 affiliated countries, it is extremely male dominated, you have to earn respect, with a language barrier,” she said.

The biggest change they see is increased regulations.

“We are more aware of that than any extra stands. We have a health and safety consultant and event management plans. Insurance is serious, if anything happens we have to prove our innocence. That’s how it should be but it’s over regulated,” Anna Marie says.

Having qualified, she hopes to plough this year.

“DJ is ploughing for Laois and my husband Declan Buttle is representing Wexford. My brother-in-law is in the vintage section, it’s a bit of a religion. My three year old, his life is tractors and ploughs,” she laughed.