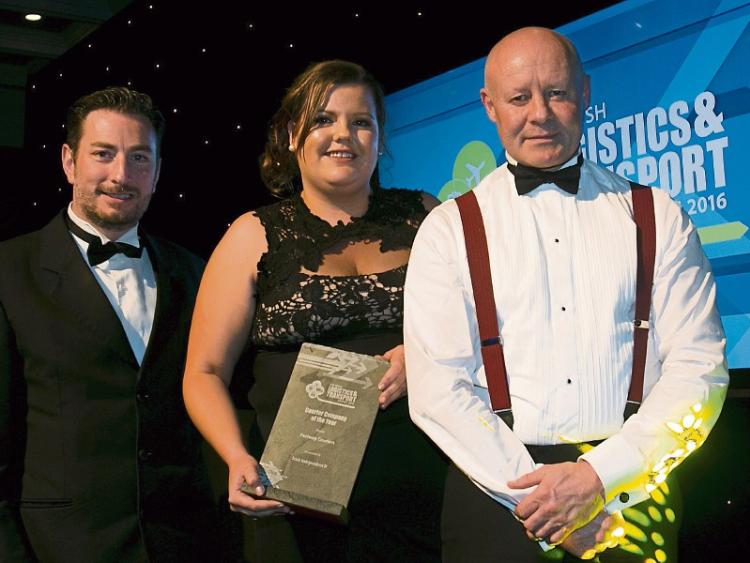 Fastway Couriers which operates an international sorting hub in Portarlington, has been selected as Ireland’s Courier Company of the Year for 2016 at the seventh annual Irish Logistics & Transport Awards.

The annual awards took place at the DoubleTree by Hilton Hotel Dublin and was attended by approximately 500 industry professionals.

The accolade is a first for Fastway Couriers and marks a major milestone for the business which has now grown its presence since establishing itself in Ireland in 2002 into a national brand, providing a pre-paid, next day, parcel collection and delivery service to over 20,000 businesses throughout Ireland and Northern Ireland.

Fastway Couriers achieved business growth of over 20 per cent last year and is now benefiting directly from the rapid rise of online shopping, counting many of the leading online e-commerce businesses such as ASOS, Littlewoods Ireland, Zara, Oxendales, Boohoo.com, MissGuided and Amazon, among its customers.

The company claims the highest national delivery standards achieving a 99.8 per cent target is maintained each week.