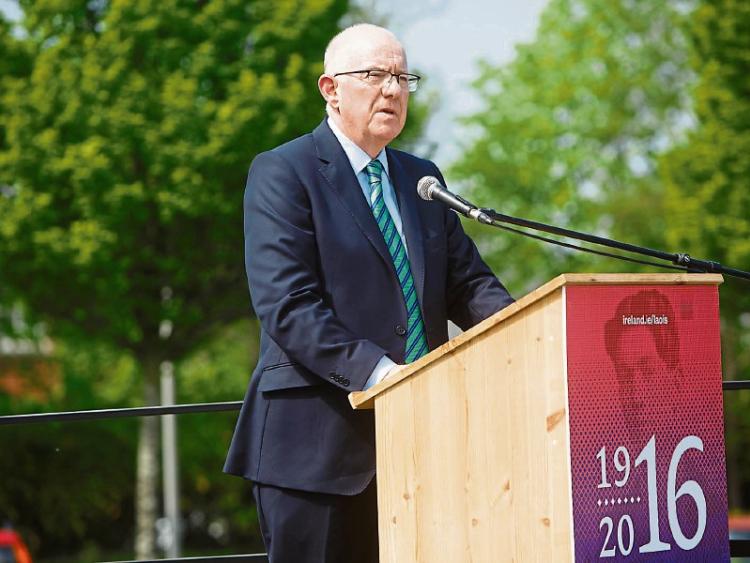 The Minister for Foreign Affairs and Trade, Charlie Flanagan last week convened a special meeting of the Export Trade Council, focussed on the steps needed to support and enhance Irish business overseas in the wake of the British referendum decision to leave the European Union.

“The ETC strongly affirmed that Ireland’s future is at the heart of the European Union. That is the key message that we must send out to all our business partners and prospective investors.

“We had a very productive discussion which focused on how Ireland responds to the current challenges and opportunities. Ireland has a number of key markets where we have a strong, established presence, such as the UK, the US, France and Germany - these and other EU markets present opportunities to deepen our market penetration.

“In previous discussions at the Council, we identified market diversification as key mitigating factors in regard to risks to our economy.

“That indeed was reaffirmed at our discussions today, with particular reference to Brexit.

“ In line with the intensification of this government policy, I have recently created new commercial attaché posts in Argentina, Brazil, Mexico, Indonesia and Romania, to enhance market access for Irish companies as part of my Department’s new economic diplomacy strategy.

“In line with the programme for government, we are also diversifying and developing our market presence in emerging markets in Latin America and Asia. Africa presents new opportunities as was well illustrated by the very successful meeting of the Africa Ireland Business Forum recently.

“At the weekend I was in Ulaanbaatar at the Asia-Europe Summit (ASEM) Summit. I also visited Beijing. Following my consultations with a number of Asian partner countries, I proposed that the next meeting of the Export Trade Council will focus on the Asia-Pacific region.

“ I plan to update members on the Government’s plan for a cross-sectoral strategy for the region in line with our Programme for Government commitments.

“Members were briefed on the formulation of a new successor policy to the Trade, Tourism and Investment Strategy will be accelerated. “Trading Better” will set out a coherent medium term plan for 2017-2021 to enhance and improve how we support Irish exports and investment. We agreed to accelerate that work.

“I have tasked the Trade officials in my Department to establish a Trade Coordination Group involving all the Departments and Agencies represented on the ETC.

“The Group will meet monthly and its primary task will be to ensure an enhanced level of coordination and collaboration across all of the Departments and Agencies engaged in supporting Irish business overseas, under the aegis of the Council.

“Along with my Department’s mission network of Embassies, Consulates and Honorary Consuls, the economic State Agencies are in the front lines in winning business and investment for Ireland overseas.

“The discussions and the contributions of the members of the Council were substantive. They identified the challenges facing Irish business in the UK in the wake of the referendum.

“We agreed that the economic relationship within the island of Ireland and between Ireland and Britain will remain vitally important to us and our future economic prosperity.

“Our discussions also showed a renewed determination to come together as we work collectively to secure and better Ireland’s prospects for prosperity.

“Ireland has shown great discipline and agility in response to the 2008 crisis and our recovery stands us in good stead. We must now show a similar determination and agility again. The Export Trade Council will play an important role in how we coordinate our collective efforts to ensure that Ireland as a trading nation emerges stronger from the challenges before us. Under my chairmanship, I am determined to ensure that outcome.”