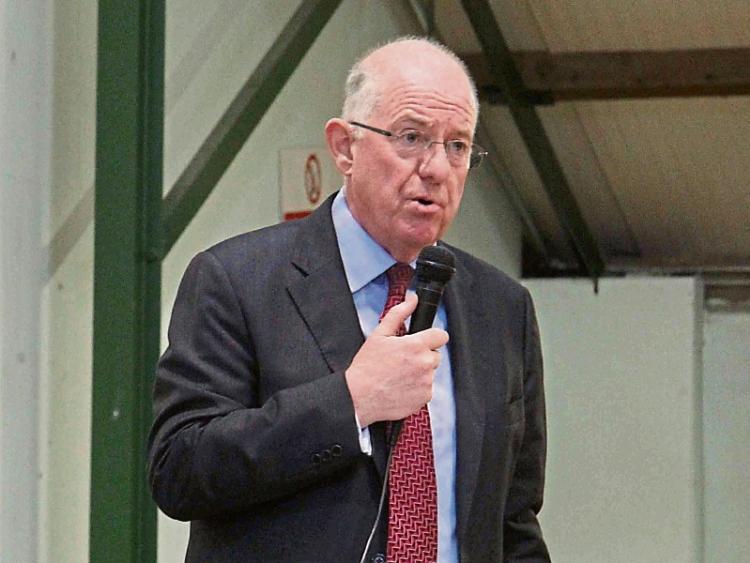 Laois TD and Minister for Foreign Affairs and Trade, Charlie Flanagan, has welcomed the nationwide extension of the Personal Micro Credit Scheme, and urged all credit unions in Laois to sign up, saying it will help local people to avoid money-lenders.

“The Personal Micro Credit Scheme ensures access to small loans at reasonable interest rates from the credit union, with the option for social welfare recipients who are paid by cash to repay the money through the Household Budgeting Scheme,” the Minister stated.

Branded the 'It Makes Sense' loan scheme, the Minister said it represents real practical help for families and individuals struggling on low incomes.

“Many of the participants may struggle to get credit elsewhere, and may not have a bank account or savings.

“So when the unexpected bill arrives for home or car repairs, a new fridge or a family occasion, some turn to legal and sometimes illegal money lenders.

“Since summer 2016, social welfare recipients who receive payment electronically into an account in a financial institution can now also avail of the scheme, provided the loan repayments are made by direct debit or by standing order.

“The pilot scheme, which has been running since last November, has been hugely successful in almost 30 credit unions nationwide and the scheme is now being offered to all credit unions. A further 50 credit unions have already expressed interest and 18 are in the process of signing up I strongly urge all credit unions in Laois to sign up and make the loan scheme available to their members.

“To date more than 1,200 loans have been drawn down via the pilot scheme nationally, with an overall value of over €720,000. The average individual loan is €500. Of borrowers surveyed who received loans under the pilot scheme, more than half had previously used a money-lender, and 22% were thinking about using a money-lender before they availed of the loan.

“There is clearly a demand for this type of scheme and the pilot shows it is providing a real alternative to high-cost moneylenders by offering a convenient, low-cost personal loan scheme. It also gives borrowers an opportunity to improve their creditworthiness by showing a commitment to repay a loan.”

This extension of the scheme fulfils the Programme for Partnership Government commitment.

It is supported by the Irish League of Credit Unions and the Credit Union Development Association and individual credit unions around the country are being encouraged to participate.

St Canice's Credit Union in Kilkenny is signed up to the new scheme. Credit Unions in Rathdowney, Durrow and Mountrath are affilliated St Canice's.

Ed Farrell, CEO of the Irish League of Credit Unions weclomed the project.

“We are delighted to support the roll out of this initiative across the country. Providing access to credit for those who need it most is at the very heart of the work of credit unions.

“We are all very aware of the penal interest rates charged by moneylenders across the country. This scheme can play a vital role in helping people to avoid getting trapped in a cycle of high interest debt,” he said.