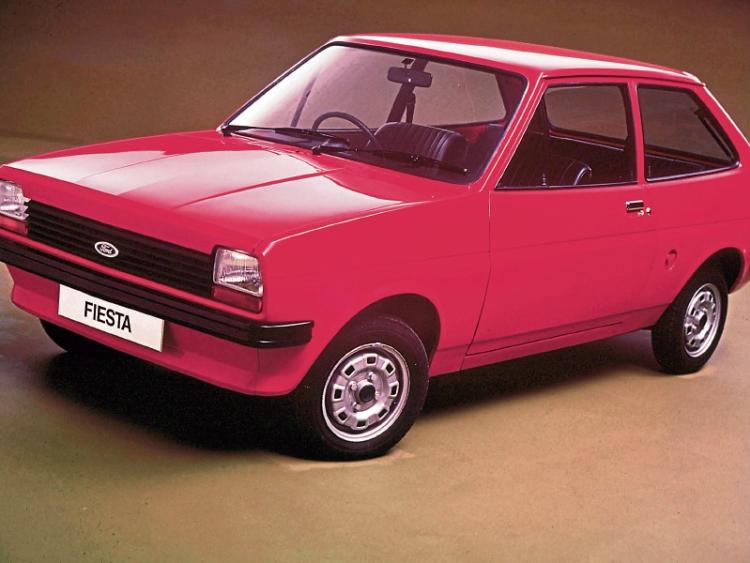 The car company Ford is hoping vintage and class car fans in Laois and around the country can help in their search for the oldest model of one of its most popular brands.

First introduced in 1976, Ireland and Europe’s favourite small car, the Ford Fiesta is celebrating 40 years. As part of the car’s 40 year celebrations, Ford in Ireland is hoping to uncover Ireland’s oldest Fiesta.

Launched in the same year as Apple Computers and supersonic passenger flights on Concorde, few could have predicted the Fiesta’s phenomenal success story.

“The Fiesta has had such a unique and exceptional heritage in Ireland”, commented Ciarán McMahon, Chairman and Managing Director of Ford in Ireland. “It has been part of the family for countless households down through the years and is the car that most of us actually learned to drive in – experiences like that build a unique and strong affinity”.

The Ford Fiesta has sold more than 17 million units around the world since its launch in 1976. In Ireland, some 180,000 Fiestas have been sold.

Back in 1976, the Fiesta went on sale for the price of £2,365 and as a quick flavour of how times have changed: your 1976 Fiesta came with options including a screw-off aerial. Today’s Fiesta is geared towards the ‘connected’ generation, with excellent connectivity to your smartphone and apps and replete with the latest voice control technologies.

In its search for Ireland’s oldest Fiesta, Ford is hoping that owners of early Fiestas will come forward and contact Downey's Autostop in Portlaoise or any local Ford Dealer.

The owner of Ireland’s oldest Fiesta and their car will be guests of honour at a special celebratory event for 40 years of Fiesta that will take place in late September.

For details of your nearest Ford Dealer go to ford.ie and also keep an eye on the Ford Ireland Facebook page for regular updates on Fiesta 40 activity.