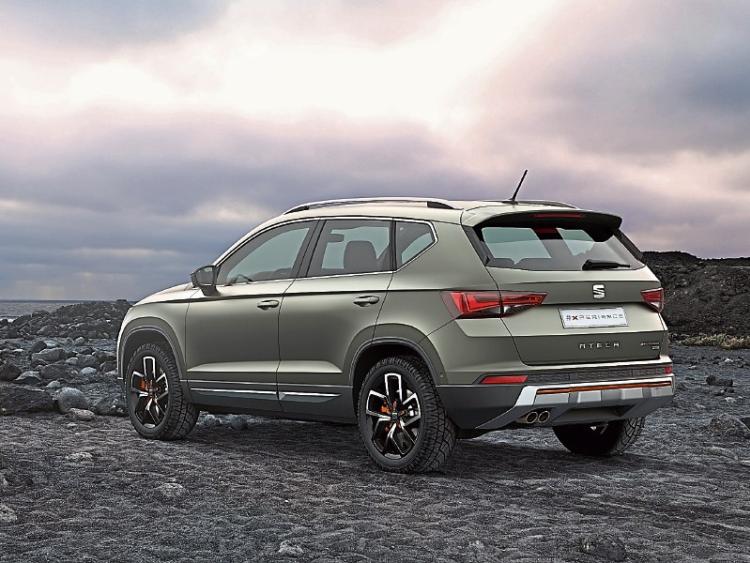 SEAT presents the Ateca X-Perience at the 2016 Paris Motor Show, a development exercise that showcases the possibilities of the SEAT Ateca family while highlighting its most adventurous, off-road essence, pushing all conventional boundaries.

With its nature-inspired matte olive green exterior and exceptional off-road performance, this is an exercise that caters to customers who enjoy a more adventurous lifestyle.

The SEAT Ateca is being showcased in Paris as the brand’s third major pillar, in addition to its inclusion in the company’s greatest product offensive in history which, in 2017, will be extended with three new models.

SEAT is the only company that designs, develops, manufactures and markets cars in Spain.

A member of the Volkswagen Group, the multinational has its headquarters in Martorell (Barcelona), exporting more than 80% of its vehicles, and is present in over 75 countries.

In 2015, SEAT’s turnover amounted to over 8.3 billion euros, the highest in its history, and the company achieved worldwide sales of more than 400,000 units for the first time since 2007.

Additionally, the company produces the Ateca and the Toledo in the Czech Republic, the Alhambra in Portugal and the Mii in Slovakia.

The multinational has a Technical Centre, which operates as a knowledge hub that brings together 1,000 engineers who are focussed on developing innovation for Spain’s largest industrial investor in R&D.

SEAT already features the latest connectivity technology in its vehicle range and is currently engaged in the company’s global digitisation process to promote the mobility of the future.