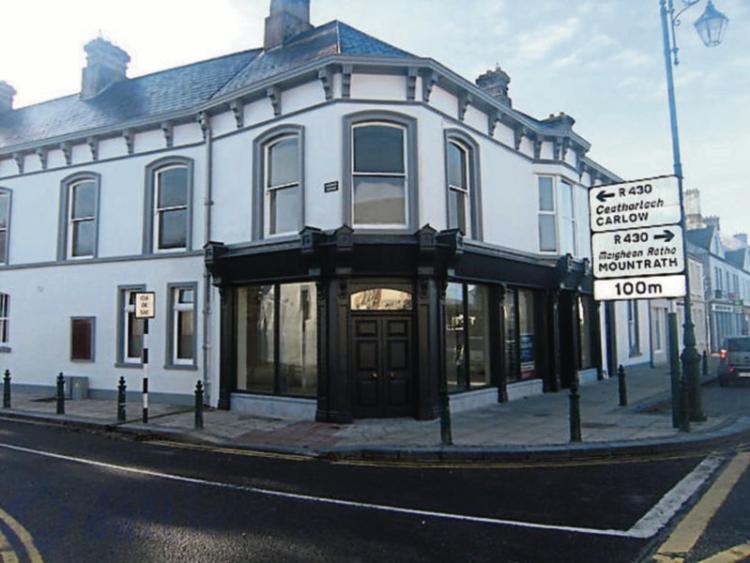 The former AIB bank in Abbeyleix has undergone a major refurbishment and restoration programme, and is now ready for new tenants.

The building is a landmark premises in Abbeyleix and has been renamed The Left Bank.

It is sub divided into two retail units suitable for various commercial businesses such as a café, restaurant or general retail requirements.

The building has been restored to a very high specification with a beautiful façade which has been brought back to its original of the 19th century, and re-establishes the building as a perfect heritage building in the town of Abbeyleix.

The building originally contained a pub and shop before it was taken over by Meehans who established a drapery shop there up until the early 1900s.

The original frontage was changed by the bank when they took over, before it changed hands in 2013, and has now been restored and open for interested parties and expression of interests for either unit or the entire.

All enquiries through the sole agents Sherry Fitzgerald Hyland and viewings by appointment, 057 8620044 or info@sherryfitzhyland.ie