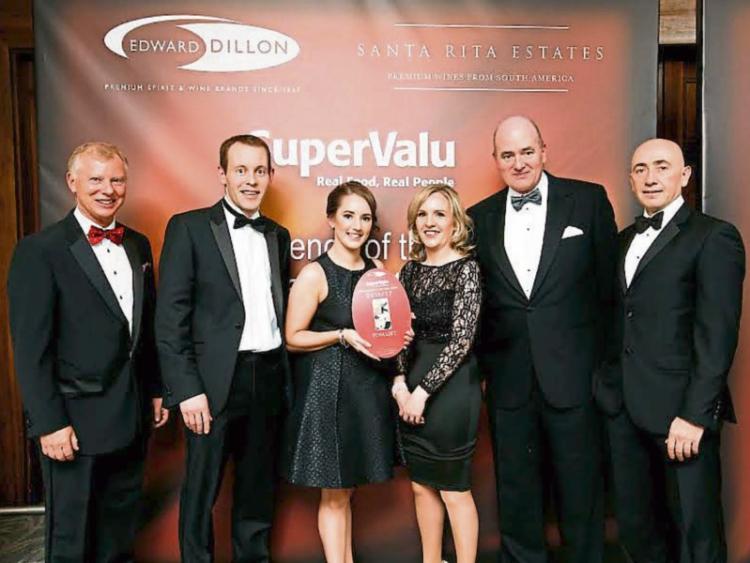 Rachel Rowan, Sylvia Mills and Gerard Mulhall were there to represent SuperValu Portlaoise which was shortlisted for an award, and although they didn’t win on the night, they thoroughly enjoyed the celebration.

The event, which took place in the Castleknock Hotel & Country Club in Dublin, was attended by finalist stores from across the country.

Each of the finalist stores were judged by Rodney Trenwith and were marked on a range of criteria, including overall appearance, innovation and customer service.

The winners and runners up on the night were as follows:

· Overall Winner of SuperValu Off Licence of the Year:

The winners of the Edward Dillon & Santa Rita Estates Centra Off Licence of the Year Awards will enjoy a luxurious trip to Nashville. All finalists received a certificate of achievement on the night.

‘We would like to thank SuperValu Portlaoise for taking part in this year’s competition and to congratulate the team for reaching such a high standard in their store.

“We are very proud of our partnership with SuperValu on these awards and we look forward to working with them for many more years to come.”