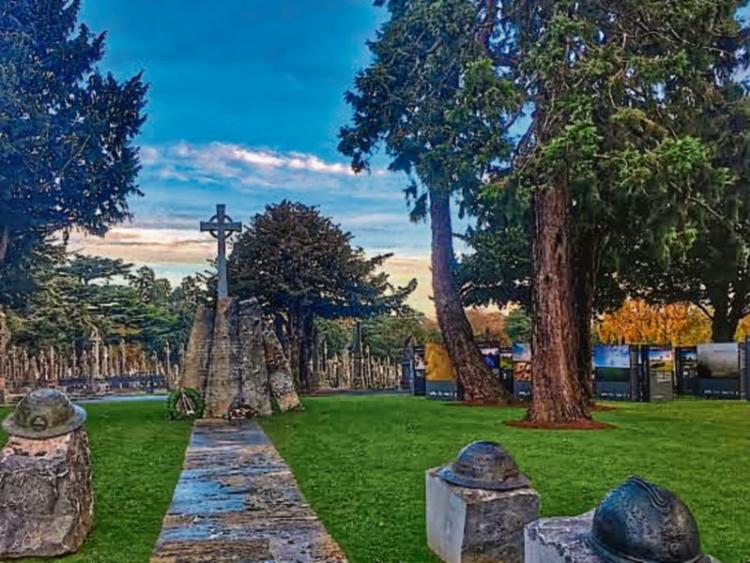 The Stradbally based McKeon Stone was to the fore recently when the Minister for Arts, Culture and Heritage, Heather Humphries unveiled the Ginchy Cross memorial at Glasnevin cemetery.

The memorial is a gift from France to Ireland in recognition of the Irish troops who fought in France in World War 1.

This is not the first memorial McKeon Stone has been involved in memorials relating to the First World War.

In 2014 the company made the Cross of Sacrfice for the British Commonwealth War graves commission.

Now alongside it stands the French gift - the Ginchy Cross memorial.

Both crosses were made with matertial extracted from McKeon's Threecastles Quarry in Killaree, and cut and crafted in their Stradbally stoneworks.

“These are very significant monuments and will add to the Glasnevin historical experience that is becoming a top tourist attraction in Dublin,” said Niall Kavanagh of McKeon Stone.

“To give it the strength to endure over time, it was also necessary to give this memory a place, a monument where France’s gratitude to Ireland would be set in stone.

“This will be accomplished on Sunday with the inauguration by the Minister for Heritage Heather Humphreys of the memorial at Glasnevin Cemetery that France is offering Ireland, as a reminder of this moment.

“The work was commissioned from the Ecole Nationale Supérieure des Beaux-Arts in Paris.

“It is a creation by the sculptor Patrice Alexandre and is the result of an artistic effort of remembrance by young students who became, for the occasion, channels of memory between France and Ireland, in keeping with Marshal Foch’s desire that “the generations that come after us shall never forget the heroic dead of Ireland” in the Great War.

“And because this solidarity between our peoples has been steadfast, the monument also honours those Irish men and women who mobilised alongside France both in 1870-1871 and in 1939-1945.”