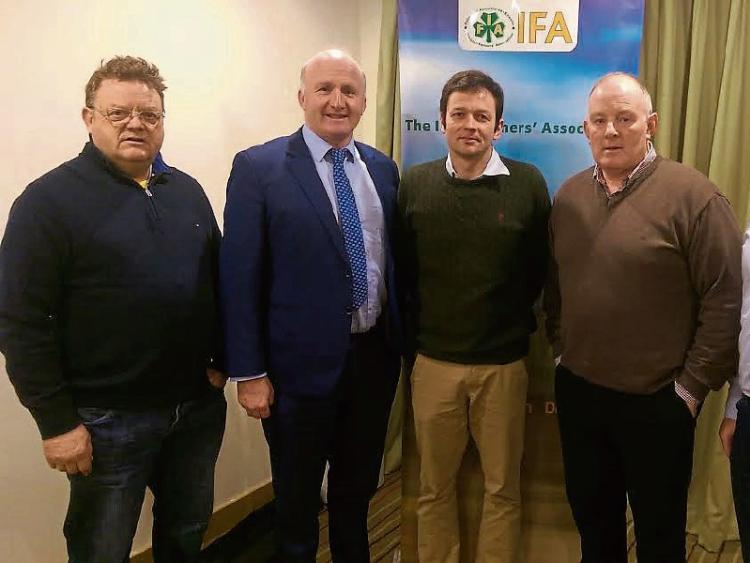 IFA President Joe Healy this week welcomed the news from Agriculture Minister Michael Creed on the reopening of beef exports to Egypt.

He said this is a positive development for the beef sector and another market opened as part of the IFA campaign on market access over the last two years.

Joe Healy called for a strong beef price increase from the meat factories, saying there was a full clear out of retail beef sales over the holiday period and factories are very anxious for cattle again in the New Year.

He said a significant price increase is well justified based on strong demand and improved market and exchange rate returns.

Joe Healy said paid prices at the factories had moved a little over the Christmas New Year period and €3.80/kg base for steers and €3.90/kg base for heifers was freely available and more being paid in places to secure numbers.

However, he said prices in our main export market in Britain closed the year in a strong position with R3 steers making €3.62/kg and at the current exchange rate of 85p/€, this is equivalent to a price return of €4.49/kg including vat at the new higher rate of 5.4% applicable from January 1st.

Joe Healy said as well as the strong price returns in the UK, the positive change in the Sterling exchange rate from 89p in October/November back to 85p/€ currently is worth an additional 21c/kg in returns and leaves the factories in a strong position to increase prices to farmers.

Joe Healy said the factories have fallen well behind on price with the Irish price now below the EU average and a very wide gap opening up with prices in our main export market in Britain.

On live exports, Joe Healy called for a major diplomatic initiative to be led by the Minister for Agriculture Michael Creed to maximise every single market opportunity on live exports in 2017.

“It is clear there are real opportunities for Ireland in the live export markets such as Turkey, North Africa (Egypt, Libya, Algeria and Morocco) and Continental Europe and all of these must be actively pursued in 2017.”

Against a background of increased cattle supplies of 100,000 head forecast for 2017 and a continuing increase in calf supplies, Joe Healy said we need to get the capacity of the live trade back up to 300,000 to 400,000 head to drive competition and get a balance back into the beef trade capable of delivering viable prices from the market.

Joe Healy said IFA had worked hard in opening up the live export trade to Turkey in 2016 and this had proved critical to the weanling trade throughout last autumn.

He said it is essential that the trade to Turkey is vibrant again in 2017.

The IFA President also called for the restrictions on labelling being used to inhibit and block the vitally important live trade to Northern Ireland and Britain must be resolved.

He said it is totally unacceptable that processors and retailers are allowed to stymie a trade by unfairly using EU labelling legislation.

In conclusion, the IFA President said it is vitally important that Agriculture Minister Michael Creed and his Department ensures that a strong live export trade to Turkey and other Middle East and North African destinations continues into 2017.