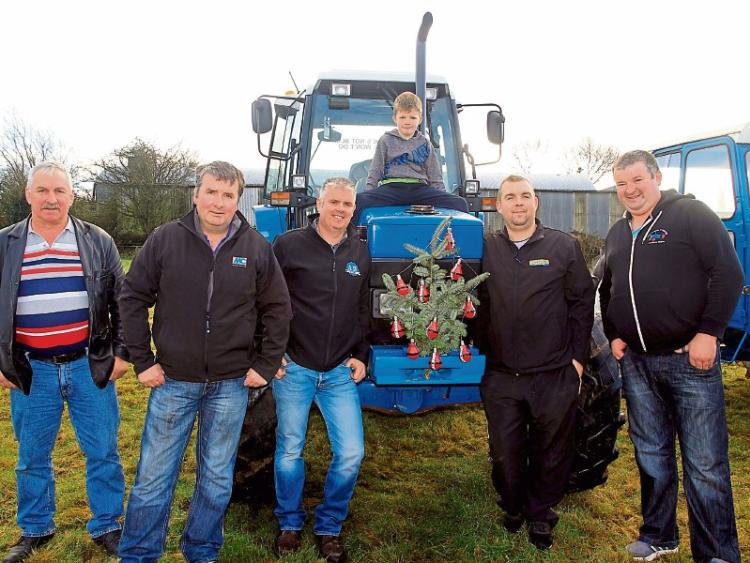 Farmers have identified product price as the key issue that will impact on their farm enterprise in 2017, according to the IFA barometer of farmer sentiment which is part of the Farm Income Review. 53% of those who responded said it was most important to them, with a quarter of farmers saying Brexit would be the key issue.

40% were positive, with 13% of respondents stating that they did not know or had no opinion.

When asked about the outlook for their own farming enterprise in 2017, however, respondents were more positive, with 53% positive, compared with 37% negative, and 10% who did not know/had no opinion.

This year’s IFA Farm Income Review and Outlook contains a barometer of farmer sentiment for the first time.

425 farmers across all farming sectors and in all parts of the country were surveyed in early December 2016, through a combination of online and phone.

IFA Chief Economist, Rowena Dwyer, said, “The findings show that farmers are more positive about their ability to influence the outcome on their own farming enterprise than they are for the general outlook for Irish farming.”

The outlook by sector[1] shows a significant variation depending on the enterprise. Those sectors most concerned about 2017 are tillage, beef and horticulture.

83% of tillage farmers have a negative outlook for Irish farming for the next 12 months, while only one-third of beef farmers are positive about the outlook for 2017.

By contrast, the dairy, pigmeat and poultry sectors displayed strong positivity for 2017.

National Farm Income last year is estimated to have increased by 2% on 2015.

While market returns fell across almost all sectors, a significant increase in direct payments contributed to the slightly positive outcome at national level.

The picture at individual farm level would have varied significantly, depending on participation in farm schemes and the redistribution of the Basic Payment that is ongoing.

Commenting on the overall outlook for farming, IFA Chief Economist Rowena Dwyer said predictions are framed in the context of the very uncertain impact that the negotiations on Brexit will have on key economic indicators, such as consumer demand, investment confidence, the exchange rate, and, ultimately, producer prices.

“Exchange rate volatility between sterling and the euro is certain to continue throughout 2017, as political events, such as the commencement of UK exit negotiations in Spring, and elections across the EU, will impact on investor confidence.

“While there was a slightly more positive outlook for sterling as we entered 2017, the potential for it to fluctuate significantly on the back of political statements and events, as we have already seen in recent days, remains a concern.”

The outlook for dairy prices in 2017 is positive, while there are challenges anticipated for the beef sector, arising from market conditions, increased supply, and the projected weakness of sterling.

For the sheep meat and pigmeat sectors, while the price outlook is slightly weaker than 2016, significant price movements are not projected. On the inputs costs side, the reduction in fertiliser prices in 2016 is expected to have a positive impact on the cereals sector in particular in early 2017, while feed prices are likely to remain low, due to the strong supply from the 2016 harvest.

The increase in farm scheme funding of over €100m in Budget 2017 will have a positive impact on farm incomes at individual farm level, with increased places available for participation in the GLAS, BDGP and Knowledge Transfer programmes, and a new Ewe Welfare scheme, which, at €10/ewe will contribute payments of €1,300 on the average sheep farm.

The successful rollout of the Agri-cashflow loan fund at 2.95% will set a very important precedent for the costs of finance for farmers in 2017.

The Government, through the SBCI, must continue to prioritise the delivery of lower cost borrowing options for farmers through sources such as the EIB, to stimulate greater competition in the banking sector as it continues to restructure.

It is anticipated that the Irish economy will continue to grow strongly in 2017, with projected growth rates of between 3 and 4%. Unemployment is projected to fall below 7% in 2017, with strong domestic demand and investment growth.

The key concern is around export growth, which could be impacted by external shocks in our main trading partners, the UK, euro or US economies.

The uncertain growth outlook for the UK is of concern, with growth projections revised downwards in the recent UK Autumn budget statement.

The election of Donald Trump in the US presidential elections in November has placed a significant degree of uncertainty on any further progress being made on the EU-US international trade negotiations (TTIP) in 2017. The ratification of the CETA (EU-Canada) trade agreement is likely to have some impact on volumes of imports into the EU from Canada, particularly in the beef and pigmeat sectors, with potential for some increase in Irish dairy exports to Canada.

In September, the EU Commission published a comprehensive legislative proposal (‘Omnibus Regulation), which included a number of proposals for amendment to the CAP regulations.

These proposals follow on from the work already undertaken by Commissioner Hogan on simplification and streamlining of the CAP.

The proposed changes to the regulations have no budgetary implications.

At the EU Agriculture Outlook Conference last December, the Commissioner for Agriculture, Phil Hogan, formally announced that a consultation on the future of the CAP post 2020 will be launched in early 2017. Key principles of the future CAP identified are: Greater market resilience, more sustainable agricultural production; and progress on generational renewal.

Overall, while there will be significant work ongoing in 2017 relating to the existing CAP reform implementation and future CAP structure, these will have no impact on individual farmer payments.