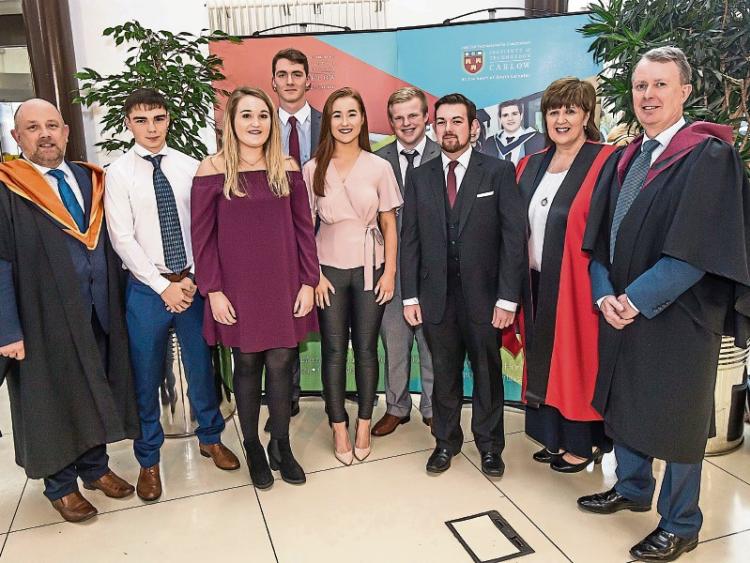 Local scholars were amongst 31 students awarded academic scholarships at a ceremony at Institute of Technology Carlow.

Academic scholars from eleven counties were joined by their parents and a second-level school representative for the occasion.

Pictured in the photo to the right are the Laois students who were awarded schoolarships.

A further 81 students were awarded sports scholarships at a separate ceremony for their exceptional sporting ability.