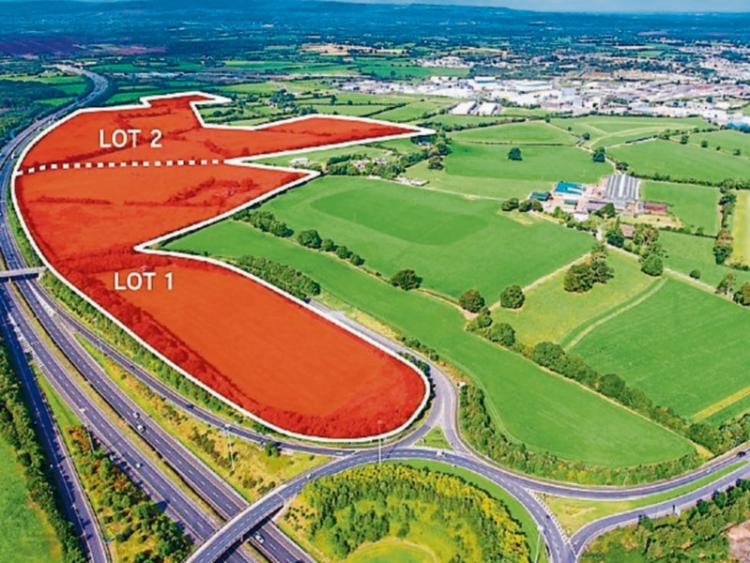 Local businesses are already enquiring about building units in Togher, the Portlaoise motorway enterprise land that Laois County Council is buying, it was revealed at the March council meeting.

Last week councillors approved the seeking of a €2m loan to buy the land at Togher from Supermacs owner Pat McDonagh, which includes a quarter of a million euros to develop and market it to prospective occupants.

The site has the potential to bring hundreds of jobs to Laois in the coming years.

“We will work with the IDA, Enterprise Ireland and anyone else who would have intentions. It is very good for local authorities to promote economic development, it goes hand in hand with decent housing,” he said.

Cllr Willie Aird stated that he has had approaches from local business people already.

“There are already two people interested in going in there because they are in rented accommodation,” he said.

He hoped it would do what the IDA has not done, and bring industry to Laois.

“The IDA has an abysmal record in Laois, now the ball is in our court. The most important thing is that it is open to as many young people as possible, and Laois businesses,” Cllr Aird said.

He was first in a chorus of praise by councillors for the deal, and he also proposed that a letter of thanks be sent to Pat McDonagh, who bought the land recently from Nama and is selling most of it instantly on to the council, keeping 33 acres for a new motorway services site.

“He could have doubled the price to us, tripled it, he didn’t do that. We should send a letter thanking him for selling it on a non-profit basis to us. We have been looking for this for the last 20 years,” said Cllr Aird, thanking the council management.

“The minute it came up for sale I went to them, and I was shoving an open door from day one. This has infrastructure that we were part of creating. We would never have been in a position to buy it at the time, we are today. The most important thing is the way we present this, we are going to sell county Laois,” he said.

“Pat McDonagh is a very shrewd businessman, to have him as a partner is great. Well done for everyone. No doubt they’ll be saying in years to come it this was a great day for Laois,” he said.

“This is screaming out to the country that Laois is open for business, it’s great for the future of the town and county,” he said.

Cllr Brendan Phelan said he was “a small bit disappointed” that the council has to borrow money to buy the land.

“This is of national benefit, we should have nothing more to do than go to the department and get funding. We should support Supermacs in developing their site,” he said, praising management for being “right on the button” buying it at such an “attractive price”.

“This has profound importance to Laois, a wonderful opportunity. We are seen as a county with prisons, and a lot of public services, this has opened the gate,” Cllr Mary Sweeney said.