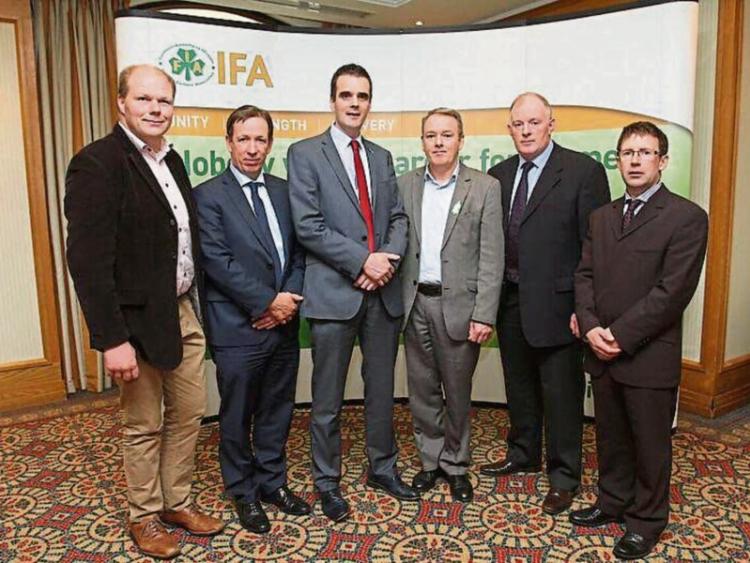 Addressing a briefing for Oireachtas members in Dublin last week IFA President Joe Healy set out key priorities for the ongoing review of Areas of Natural Constraint (ANC), including protection of areas currently in the scheme and increased payments for those farming in these marginal areas.

Joe Healy told TDs and Senators it is crucial that funding the ANC Scheme is increased in Budget 2018 in order to restore the allocation to what it was prior to cuts imposed in response to the economic downturn in Budget 2009.

He said this would require an increase from the current funding level of €205m to €250m.

“Cuts made in 2009 meant farmers in marginal areas endured reductions of up to €1,000 - a very significant amount for farmers on low incomes.

“The restoration of these cuts is long overdue and Government must ensure this forms part of the ANC review. Direct payments such as ANCs are crucial to sustain farming on marginal land and they play a critical role in supporting rural economies in peripheral areas.”

The IFA President insisted that, following the review, ANC payment rates must reflect the natural disadvantage to ensure farmers with the land most difficult to farm receive a payment that reflects their higher costs of production.

He said it is important that politicians recognise that areas currently designated as ANC must be protected, and additional areas that were excluded in the past due to the criteria applying at that time, must now be considered for inclusion.

“It is important that every opportunity is used by Minister for Agriculture Michael Creed, using all the flexibilities available, to protect existing ANC areas, as well as to ensure that payment rates for all qualifying areas reflect the natural disadvantage.

“IFA will be insisting that the natural disadvantage is assessed based on, among other criteria, low productivity, marginal land, areas subject to flooding, reduced growing season, low stocking rates, slopes, coastal areas subject to erosion, altitude and soil type. Also, designated land such as SAC, SPA and NHA, must be taken into account.”

Speaking on behalf of hill farmers, IFA National Hill Committee Chairman, Pat Dunne said ANC payments are a vital support for sustaining hill farming and should be pitched at a level that reflects the conditions under which farming is carried out in the most marginal and hilly areas.

“Payments must be front-loaded on the first 20ha and the target maximum should be €6,000 Additional funding can be a major help for the 30,000 farmers with classified hill land.”