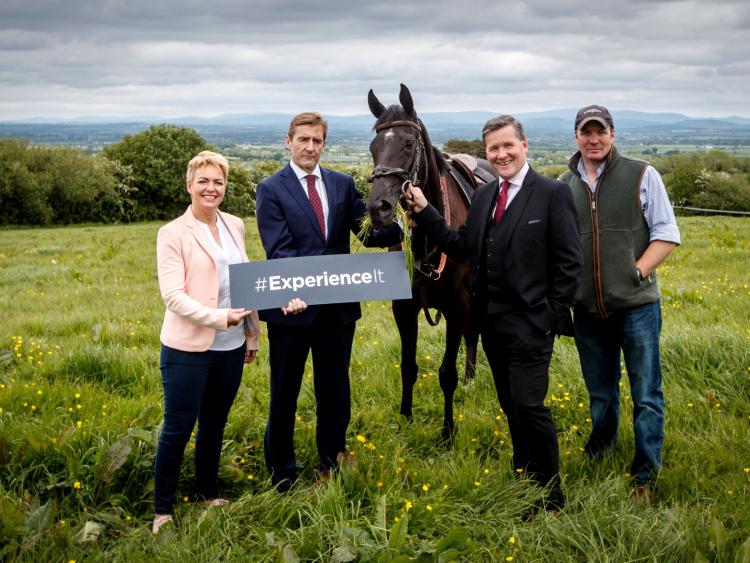 People from Laois are being encouraged to follow in the footsteps of the Cooper clan from Coolrain and 'experience' horseracing ownership.

Horse Racing Ireland (HRI) Ownership Department has launched the ‘Experience It’ campaign, offering individuals and groups with an interest in racing the opportunity to trial racehorse ownership.

The Coopers recently won the Irish Grand National with Our Duke. The family bred the horse but also refused some big offers ahead of its run in Fairyhouse on Easter Monday. The joy and fun of ownership was there for all to see in the winning enclosure on the big day.

The campaign facilitates a group to lease a horse for a day. In the lead up to the raceday they can follow their horse’s progress, visit the trainer’s yard and have a runner on the track in their name.

The Sport for Business syndicate kicks off the campaign with trainer Paul Deegan. Their horse, Mystery Gal, a four-year-old filly, was a winner last time out, and the group is hopeful for a good run in their colours. The syndicate of seven includes Rob Hartnett, founder of Sports for Business, Peter McKenna, Commercial Director of the GAA, Shirley Corcoran, Retail Operations Manager at KBC and Edward Evans, Partner at Beauchamps Solicitors.

Amber Byrne, Owner Recruitment Manager, Horse Racing Ireland, explained how the concept works. “This is a taster experience for people with a curiosity in racehorse ownership. Very simply it allows people try out ownership. Through networking and promotion we are recruiting people from the corporate and sporting sectors to join syndicates. We have a number of groups ready to go as and when horses become available.”

“The ultimate aim is to convert people into ownership but it is also about raising the profile of ownership and racing in general, promoting the syndicate model and allowing people to look behind the scenes. All parties will sign a day lease binding them by the rules of racing.”

Trainer Paul Deegan commented: “This initiative has lots of potential. Anything that gets new people involved in the sport and gets people talking about ownership is a positive step. I am delighted to welcome the first ‘Experience It’ owners to Boley. A winner would be the icing on the cake but either way this will allow members of the Sport for Business syndicate to look under the bonnet of racehorse ownership and have a bit of fun along the way.”

Founder of Sport for Business, Rob Hartnett, said: “This is a great initiative to bring people closer to the sounds, smells and visceral excitement of what it's like to be part of owning a racehorse. The Sport for Business community is one that understands the thrill of sport but may never have gotten 'inside the ropes' until now."