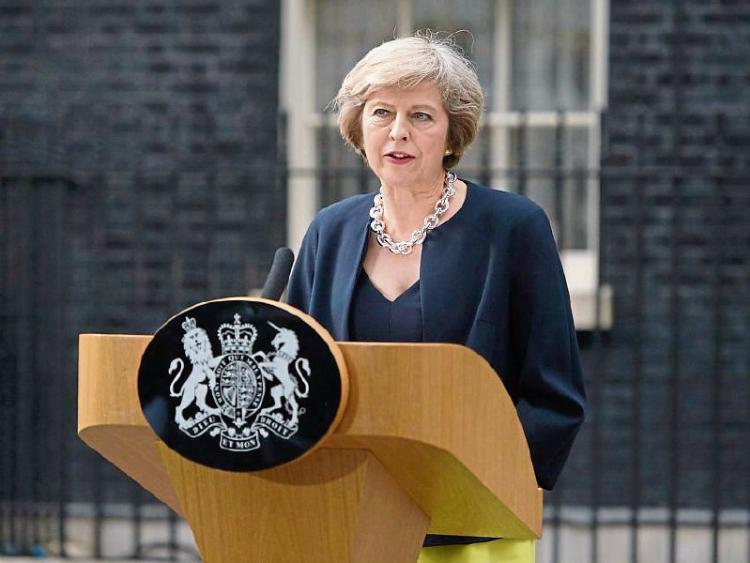 With the UK election just a week away, it might be worth examining how the outcome could affect Irish people with UK financial interests.

A very long history of emigration and employment means that tens of thousands of us have on-going financial ties with the UK that could get more complicated in the following months, especially if the Conservatives achieve another majority and if Theresa May’s Brexit team doesn’t achieve the liberal trade concessions they’re seeking during their negotiations with the European Commission.

Over 330,000 Irish citizens live and work in the UK and a few million claim Irish ancestry. Another 121,200 Britons live here.

The respective financial interests of the over 65s include everything from being holders of private pensions, life assurance and property and an entitlement to each other’s state pensions.

What is apparent from the cost saving changes that Mrs May and her Chancellor Philip Hammond intend to introduce after the election are going to have an impact on many of their devoted voters (and Brexit supporters) - older people.

The first change they’ve announced, to considerably dismay, is the end of the triple lock pension increase that was introduced by David Cameron in 2010 and which allowed for the UK old age pension to increase every year by either an automatic 2.5%, by wage inflation or by retail price inflation (their equivalent of our consumer price index, or CPI), whichever proved to be the higher.

Inflation has only recently been pushing 2.5%+, mainly due to the fall in Sterling after the Brexit vote last June, whereas until this year the seven years of the triple lock rise of 2.5% was proving to be extremely expensive, and according to Mrs May, a fiscal conservative, unsustainable in a rapidly ageing population.

Her manifesto has dropped the idea of any guaranteed increase and has been condemned by the opposition and by pensioner support and lobby groups who say that pensioners are among some of the most vulnerable people in the UK.

Their automatic winter fuel allowance will also be means-tested (as it is here in Ireland) if the Conservatives are returned to office.

This pension increase change may, of course, affect UK pensioners who have retired here as well as Irish ones who returned to Ireland with a UK state pension. This cohort will have already seen a drop in the Sterling value of their pensions since last June (and any private pensions) of between 12% and 16%. Unfortunately, the currency exchange volatility is likely to continue as the Brexit negotiations ebb and flow.

The irony of dropping the 2.5% “lock” is that the UK retail price index could go higher and mitigate against the loss of the lock, or average pay rises could exceed that amount (though that is much less likely). If this happens, some commentators are already predicting the pension locks could be thrown away altogether once the election is over and a Tory majority (as expected) is secured.

The other big spending cutback that involves pensioners is how the value of a family home will be calculated for the purposes of determining how much the older person will have to contribute to their long term care. This will also have an impact on inheritance plans.

At the moment, someone who needs social care in most UK local authorities (though this can vary considerably) must fund it with their own resources unless their annual income – from pensions, savings/investments, rents, etc – is worth less than £23,250 (c€26,937). The value of the family home isn’t included.

There’s no question that anyone have to sell up and leave their home if their net worth exceeds £100,000; a partner will be able to continue to live in the home if they remain behind. But the cost of care of one or both partners will be collected from their estate by the local council once the person (or both partners) have died, leaving just £100,000 untouched.

The hue and cry in the UK is that even and individual or couple with a very valuable house, who lives many years with expensive care benefits, could end up only leaving an inheritance of £100,000. The cost of care, especially nursing home residence already varies considerably between local authorities in the UK.

This proposal is very different from the centralized Fair Deal scheme here which currently includes a higher asset exemption of €36,000 for an individual and €72,000 for a couple and aside from an annual contribution of 80% of annual income, only looks for 7.5% of the value of the person’s assets for just three years, regardless of the market value of your home. That cumulative payment can also be deferred and paid for the deceased person’s estate.

A hard Brexit is going to throw up an entirely different set of residence issues for Irish and UK people – young and old - in 2020. These pension income and elder care financial issues need attending to much sooner.