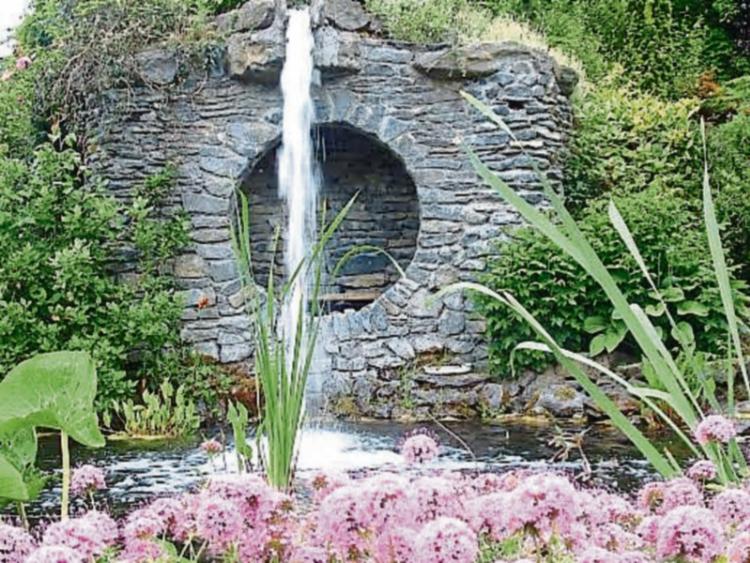 The sale Preview takes place the last weekend in May at one of the country’s finest gardens – Gash Gardens at Castletown, in the foothills of the Slieve Bloom Mountains.

This specialist garden sale – Ireland’s first ever such – will showcase items ranging from an 18th century fountain, to garden seating, to carved limestone dogs and lions.

The Lots will be sited to take maximum advantage of this magnificent award winning garden setting and juxtaposed with the garden’s equally rare specimen plants.

The preview will take place in Gash Gardens, Castletown from May 27 – 29 from 9am to 5 pm each day.

The Auction will take place in Durrow on Tuesday, May 30, commencing at 10.30am.

In 1984, dairy farmer and nurseryman, Noel Keenan began converting what was a farmland paddock into a garden and over 15 years he laid out his dream garden.

More than 30 years later, Gash Gardens has evolved from a paddock where cows once grazed into a plantsperson’s oasis covering an area of approximately four acres.

A lifelong gardening devotee, Noel began by creating a walk along the banks of the river Nore.

Herbaceous borders, a stream garden, and a rock garden followed rapidly. As the garden developed, he took great pride in showing off his ever-growing collection of choice plants to fellow enthusiasts.

A major feature of the garden is the Moon House with a cascade tumbling past its circular window into a lily pond.

Around it gravel paths meander around raised beds with a wonderful collection of herbaceous perennials. Here, a hidden walkway over a stream is to be discovered and seats and a gazebo are invitingly situated at vantage points.

By the time of his untimely death in 2000, Noel’s passion for plants and gardening together with his willingness to share his gardening knowledge had inspired a whole new generation of gardeners.

The gardens progress through three distinct areas: a semi-formal gravel garden where rambling pathways lead through billowing displays of flower and foliage; a lawn area punctuated with colourful herbaceous borders and fine specimen trees, and a looped riverside walk where nature abounds.

Water is a linking element throughout the garden with meandering streams and soothing pond areas inhabited by frogs and newts.

A laburnum archway leads to a fernery and along a path lined with beech hedging to a walk alongside the river Nore. Great emphasis is placed on foliage and texture.

The garden hosts a particularly large collection of perennial geraniums teamed with old-fashioned roses and an ever expanding assembly of Polygonatum and other intriguing shade-loving plants like Ypsilandra thibetica, Saruma henryi and Triosteum pinnatifidum.

The garden features a collection of unusual plants and fine specimen shrubs and trees.

The season opens with a display of spring-flowering bulbs, alpines and rhododendrons.

Of particular note is a fuchsia flowered gooseberry, Ribes speciosum, that flowers until May and a fine specimen of the wedding cake tree, Cornus controversa ‘Variegata’. In June, the laburnum tunnel is a highlight.

Throughout the summer months, herbaceous borders, linked by a river of lawn provide a continuous succession of colour.

A large collection of hardy geraniums features throughout the garden and contrasting uses of foliage helps to sustain interest.