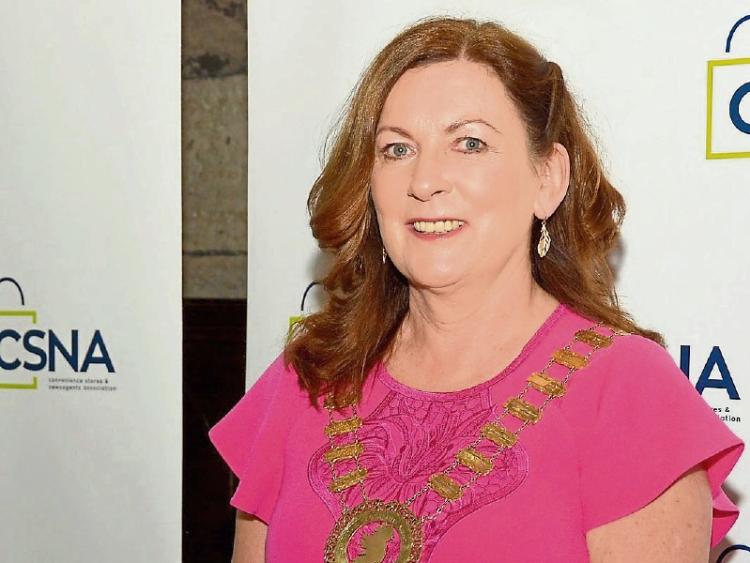 Mountrath retailer Claire – Ann Martyn, from Centra Mountrath has been elected to the position of National President of the 1,500 member Convenience Stores and Newsagents Association (CSNA).

Following her election, Claire-Ann told the 300 delegates and guests at the annual dinner that she was looking forward to her new position, and was enthusiastic about ensuring that the vital role that retailers, especially rural retailers played in the community was appreciated by policy and decision makers in Government Departments.

Claire-Ann, who is also a Postmistress, warned the delegates that proposed changes to stores ability to display alcohol would benefit large multinationals and discounters to the detriment of indigenous retailers without a scintilla of evidence produced to prove that such an action would address the problem of binge and excessive drinking.

The Convenience Stores and Newsagents Association is the representative group for more than 1,500 retailers throughout the Republic.

Within our membership, we represent independent franchisees of all symbol groups, owners and operators of service stations and independent CTN (confectionery, tobacconist and newsagents) shops.