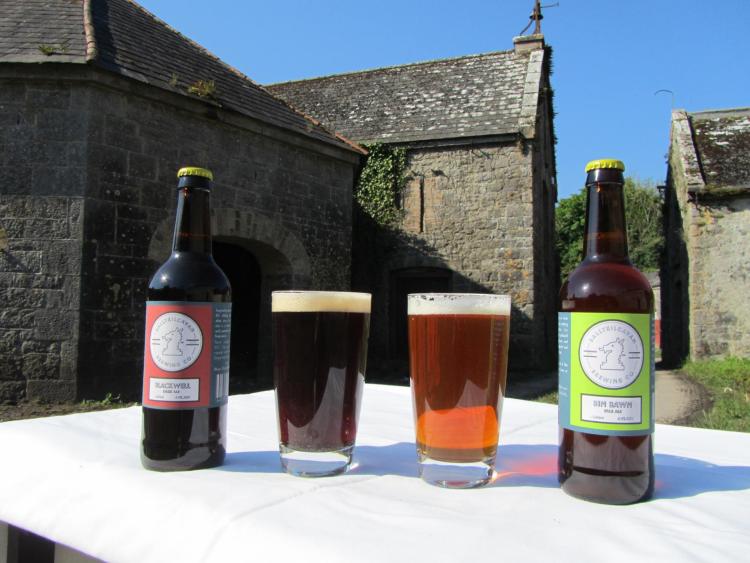 The first bottles of beer from the Ballykilcavan Brewing Company will be launched in Egan’s off-licence in Portlaoise next Friday, July 21.

The new beer is called Bin Bawn pale ale. It has a sweet malty base which is balanced by three different types of hops to give it a fruity aroma and clean finish, says David Walsh-Kemmis, the owner of Ballykilcavan.

The beer is named after the scenic Bin Bawn field at Ballykilcavan farm. Located just outside Stradbally, the farm has been the home of the Walsh family since 1639. David and Lisa Walsh-Kemmis are the 13th generation of the family to live and work there and, along with their three young sons, are growing all the malting barley used to make the beer.

"We’re thrilled to be launching our first beer. It’s been a long road to get to this point, but we’ve had great feedback from recent tasting sessions, and excellent support from local stockists, so we’re really looking forward to seeing people enjoy the beer now," says David.

"We’re delighted to be hosting the official launch.  David has spent 18 months developing and testing the recipe with our customers, and they’re very excited to see it coming on sale on the 21st," says Mary Delahunty from Egan's off-licence.

David, who became a certified brewer last year, is currently brewing in the new Lock 13 brewery in Sallins while waiting for the planning process to be completed on the on-farm brewery.

The brewery will be the first phase of a wider tourist destination which will include a visitor centre, walks and trails and an artisan food hub. The farm will be open to visitors as part of the Laois Walks festival on July 29th and during Heritage Week on August 21st and all are welcome.

Ballykilcavan Brewing Company was founded in 2016 by David and Lisa Walsh-Kemmis to make high-quality, tasty beers from the award-winning barley grown on their 378 year old farm.  The company was a national finalist in the Bank of Ireland Startup Awards in 2017 and is completely independently owned by the family.