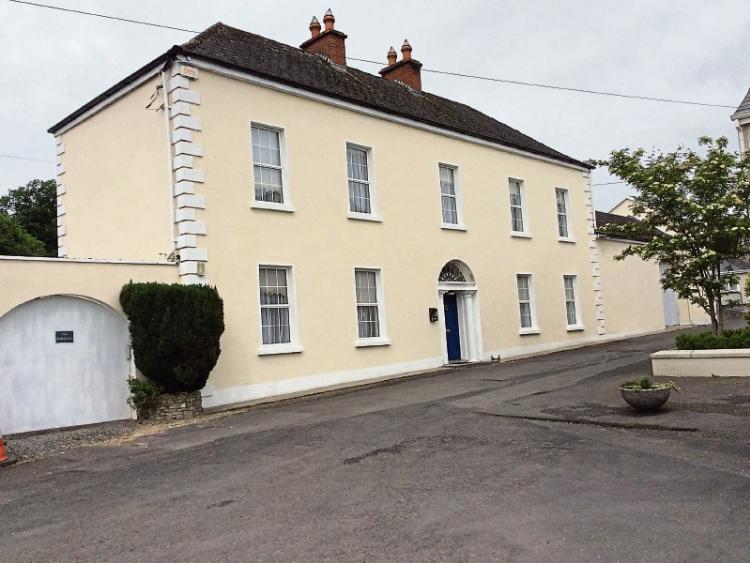 The house in Stradbally

Jordan Auctioneers, Newbridge on the instructions of the Executors sold a substantial house in the centre of Stradbally last week by Public Auction.

Before an attendance of about 25 people the property opened with an initial bid of €150,000.

It was evident from the outset that there were a number of potential purchasers and the bidding quickly rose to over €200,000 (guide price) at which stage the property was placed on the market.

Two final purchasers battled it out before the hammer dropped to a young couple for €265,000.

The property is accessed to the rear via electric gates and stands on a lovely mature site overlooking Cosby Hall.

The gardens are walled in which provides privacy and are mainly in lawn with mature shrubs and herbaceous borders.

Although the entire requires some modernisation it is generally in good repair with some fine plasterwork, window shutters and fireplaces.

Clive Kavanagh speaking after the Auction said “the property had generated substantial interest from the outset with over 30 viewings and the vendors were delighted with the result on the day.”