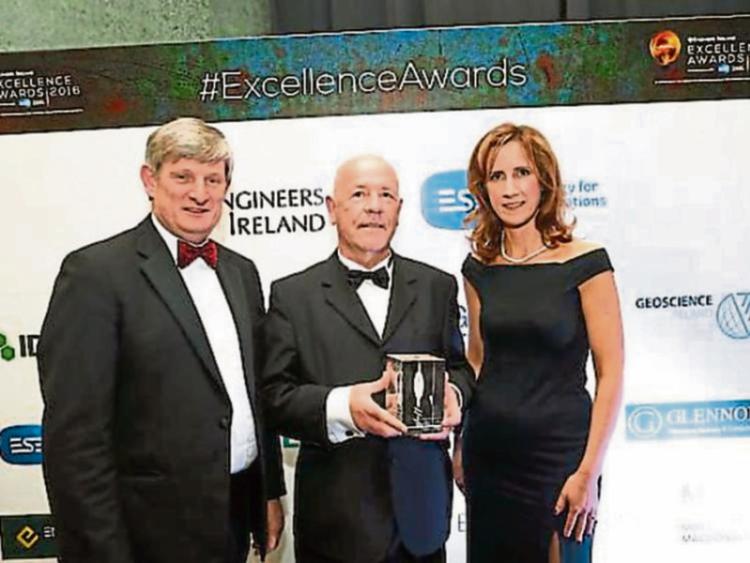 Engineers Ireland is calling on engineering organisations in Laois to showcase and celebrate their achievements and skill by submitting an entry to the 2017 Engineers Ireland Excellence Awards, held in association with ESB.

Now in its 8th year, the Engineers Ireland Excellence Awards are presented annually in recognition of the achievements of engineers who have demonstrated exceptional engineering skills through their work.

As well as identifying leaders within the engineering industry, the awards provide an opportunity to showcase and celebrate the invaluable contribution the engineering profession makes to society and applaud the innovation and quality of work produced by engineers both at home and abroad.

Laois was to the fore at the 2016 Engineers Ireland Excellence Awards ceremony as Clonkeen native Anthony O’Neill was presented with the International Engineer of the Year Award.

O’Neill emigrated to Vranje, Serbia in November 2011 where he assumed the role of Chief Resident Engineer on the Construction Works on Highway E75 (Grabovnica – Levosoje).

His contribution as Team Leader/ Chief Resident Engineer to the infrastructural development of Serbia’s road networks has been outstanding, and includes a number of projects funded by the World Bank and donations from the Hellenic Plan for the Economic Reconstruction of the Balkans (HiPERB).

This award aims to acknowledge the contribution of the Irish engineering diaspora by recognising the excellent work of Irish engineers around the world.