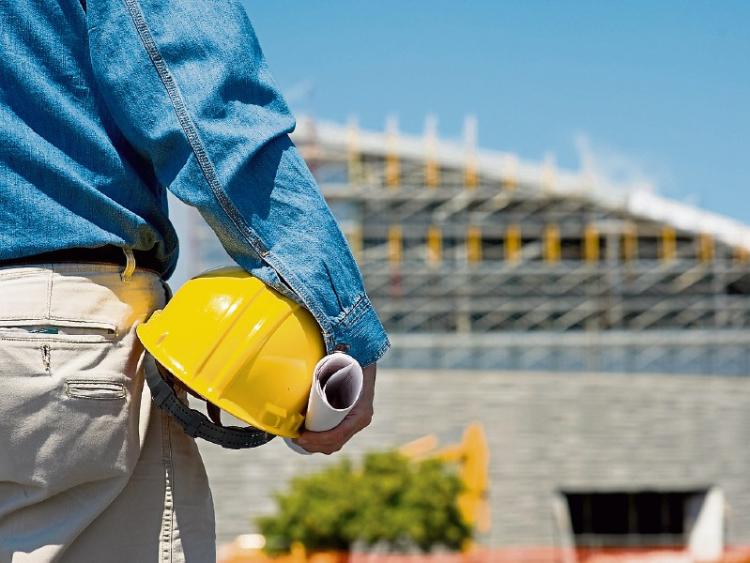 Residential construction has increased by 36% year-on-year, according to the latest edition of GeoView published by GeoDirectory.

There was a total of 125 buildings under construction in Laois.

The database found that there was a total of 1,967,698 residential dwellings across the country in June 2017.

By cross referencing data from the 2016 CSO Census of Population, the Department of Housing, Planning, Community and Local Government and the GeoDirectory Database, the GeoView report offers new, unique insights into the residential housing density, turnover and construction levels and the housing shortage across the country.

One of the reasons for the sharp increase in construction is the low number of vacant properties in the market. In the GeoView report, a property is considered vacant if it falls into one of the following groups:

The dwelling is vacant and ready to be inhabited, based on whether the property does or does not receive post;

The dwelling is vacant and requires a small amount of cosmetic/repair work to make it habitable; and

The dwelling is not a holiday home.

The 2016 Census enumerators, in identifying vacant dwellings, were instructed to look for signs that the dwelling was not occupied e.g. no furniture, no cars outside, junk mail accumulating or overgrown garden, and to find out from neighbours whether it was vacant or not. It was not sufficient to classify a dwelling as vacant after one or two visits.

Residential data from the Department of Housing, Planning, Community and Local Government showed that in the twelve months to March 2017, a total of 14,192 commencements were registered, with Dublin (5,317), Cork (1,568) and Meath (1,291) between them accounting for just under 60 per cent of the national total.

The gulf between the housing market in Dublin and the rest of the country can be seen clearly when the average national property price is examined.

The average residential property price in Dublin now stands at €404,911, this is €40,628 above the price this time last year.

This is well above the averages for the rest of the country with the next highest average price recorded in Wicklow (€316,057). Longford, where the property market has been one of the poorest performers recorded the lowest average price of €92,084.

An analysis of dwellings per 1,000 of the population, shows a further example of the urban/rural divide that currently exists in Ireland. Counties on the west coast of Ireland recorded the greatest concentration of dwellings per 1,000 of the population, particularly Leitrim (552), which had the lowest average household size in the country (2.3 persons per household).

In contrast, Meath had only 353 dwellings per 1,000 of the population, while it had the largest average household size (3 persons per household).

The average national housing turnover rate in the twelve months to May 2017 was 2.22 per cent, with seven of the twenty-six counties recording turnover rates above this average.

Commenting on the findings, Dara Keogh, CEO, GeoDirectory said: “From this edition of GeoView, we have some very interesting findings.

“We can see that there has been a sharp increase in construction levels, 36% year-on-year. This however is focused on Dublin, where the property market is under severe pressure to keep up with demand. This pressure on the market is again evident when we look at vacancy rates.

“By evaluating how GeoDirectory defines a vacant property, we have reached a figure of 96,243 vacant address points; this is almost 50% lower than previously reported and we believe this is much closer to the true figure.”

“As of June 2017, there were 1,967,698 residential dwellings across the Republic of Ireland. With 43,767 property transactions in the year there was a turnover rate of 2.22%; 90% of the properties transacted were second hand dwellings.

“This along with increasing property prices suggests that a substantial increase in construction activity is very much needed.”