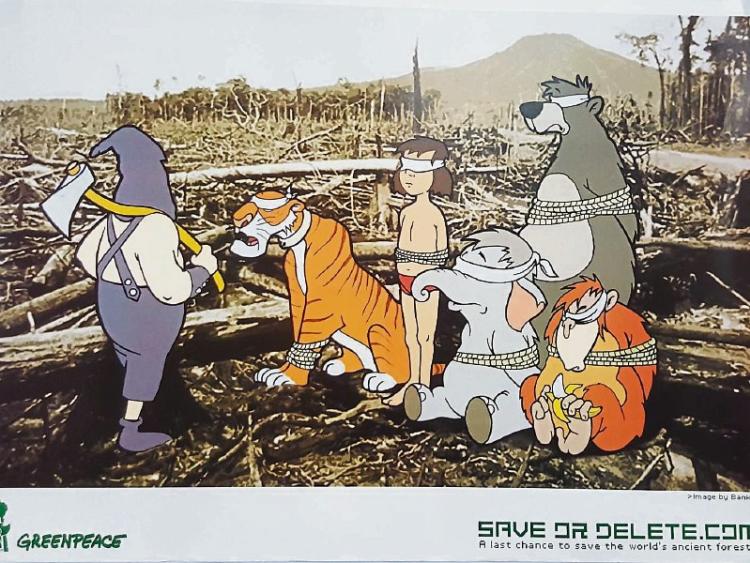 Art investors will sure to be on alert with news that a rare, orginal and unique print by famous world graffiti artist Banksy goes under the hammer in the coming weeks in Laois.

Sean Eacrett Auction's is hosting a two day auction on September 30 - October 1 when the entire contents of The Old Schoolhouse in Castledermot, Co Kildare will be up for sale. Over 1, 600 lots are on offer.

Among the items featured is an original coloured print by the very coolgraffiti and urban artist Banksy.

It depicts Jungle Book characters awaiting execution against a backdrop of clear-felled devastation.

It was created for Greenpeace, who decided not to use it apparently because of copyright concerns over the use of Mowgli and the gang. The print here was purchased by the vendor straight from the originalprinting house.

Banksy, whose identity remains unknown, is believed to be from Bristol in the UK.

He began his career as a graffiti artist in the early 1990s in Bristol.

The artwork is characterized by striking images, often combined with slogans.

Common subjects include rats, apes, policemen, members of the royal family, and children.

In addition to his two-dimensional work, Banksy is known for his installation artwork.