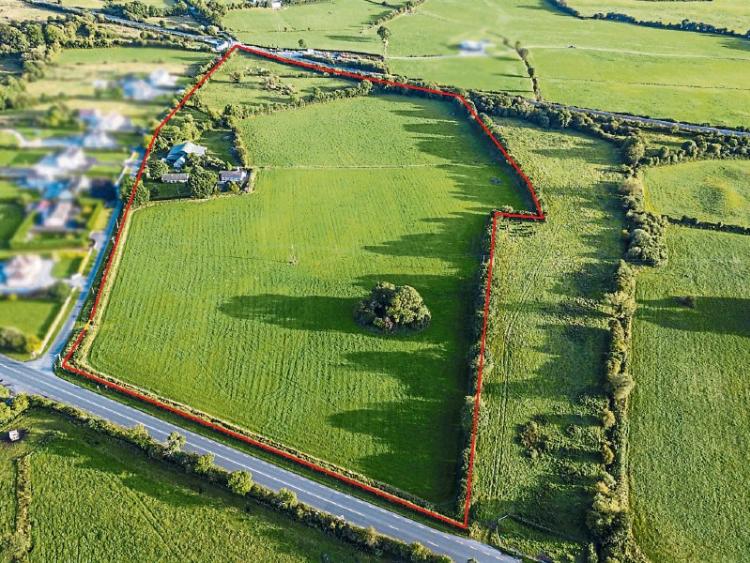 A 83-acre residential farm steeped in history is to be offered for sale by Public Auction on Friday 6th October at the Bridge House Hotel, Tullamore, at 3pm.

This prime residential farm is being offered for sale in four lots with the fifth lot comprising of the entire.

Within the grounds of Lot 1 is a small cottage which is the birthplace of Major Howard Egan.

Major Egan was born in 1815 and went on to make his name in the United States of America becoming so famous that even mountain ranges have been named after him! The same cottage was also the birthplace of Edward Egan, a famous poet and to this day it's known as the "Poet's Cottage".

This farm is ideally located just C.2.5km from Tullamore on the R420.

With the history attached to Lot 1 and it being a prime compact residential farm on the edge of Tullamore, there has been increased interest in this particular lot according to Auctioneers Gordon Cobbe and Peter Scully of GVM Auctioneers, Tullamore.

Lot 1 comprises of C.21.3 acres of prime land with a 3 bedroom detached bungalow on a mature site with landscaped gardens to both sides and front and a tarmacadam driveway.

The agricultural sheds on this parcel include a 3 span round roof shed with 3 span lean-to's on both sides along with a selection of outbuildings.

Located close by on the same grounds is the “Poet’s Cottage.”

This is a particularly attractive property as it encompasses everything one would need to start of their own farming enterprise.

This land is laid out in grass, in a number of easily managed divisions and is easily accessed from the R420 (Tullamore/Portarlington) road.

Lot 3 comprises of C.15 acres of very good quality grazing land with road frontage onto the R420 nearby Annagharvey Farm.

This land is laid out in grass, in three easily managed divisions and is easily accessed from the R420 (Tullamore/Portarlington) road just C.4.5km from Tullamore.

Lot 4 comprises of C.3.5 acres of very good quality grazing land again with road frontage and located just over the railway line at The Meelaghans within C.3km of Tullamore. This land is laid out in grass in one block.