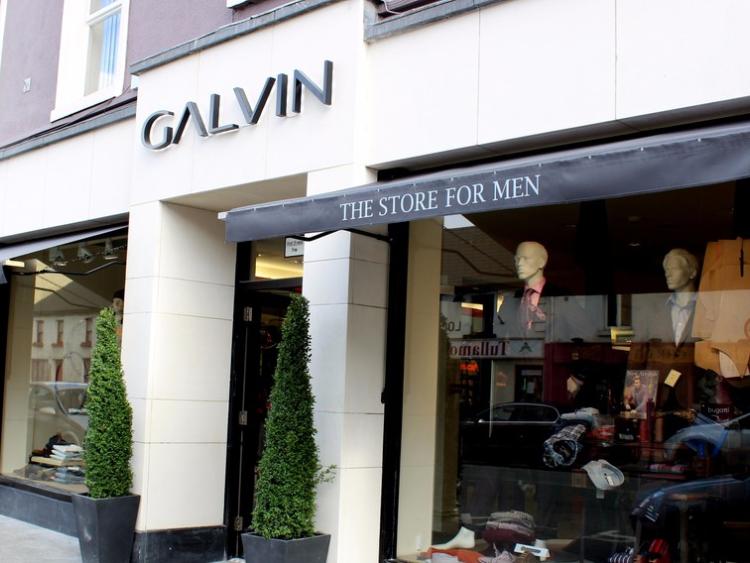 The iconic Galvin's menswear shop in Tullamore has been sold by long-standing proprietor Paul Galvin in a stunning deal with an employee.

A deal between Paul Galvin and Les Kinahan, an employee at Galvin's for over 28 years. The deal may come as somewhat of a surprise to many, but Paul Galvin told the Offaly Express this week that it was always part of his plans.

"I've been involved in the business now since I was 16 and I always said once I had 40 years done, I would like to move on to other things," he said.

"It's been something in the pipeline for a while but the deal was finalised last Friday," Paul added.

Paul's father John Galvin Snr first opened the menswear business in Tullamore in 1950, and it has remained in the family named ever since. Paul took the reigns in 1988 and has taken it through refits and recessions, booms and busts, remaining in business on William Street ever since.

Many of the staff have been there for a long time, and Paul says that for customers, "everything will remain the same." "The name over the door, the people, the service - that's all here to stay," he remarked.

Paul told us that he will now "ease out of the business" over the coming months as the handover to the new owner takes place.

The business is understood to be in great health having been refurbished fully in 2014, a regeneration that has sparked an upturn. "Business has been tremendous since that re-launch and things are going very well," Paul added.

Paul insisted that he has "no reservations" about stepping away, going on to say that he is "happy to leave after a great forty years."

Asked about what he will turn his time to now, he said that he has "no concrete plans" but would like to get more involved in charity work.

"A friend of mine, Ronan Scully, does great charity work and I have actually been to Africa with him a couple of times over the years, so I'd like to do more of that," he explained.

To his customers, Paul said he was grateful for the support over the years, and concluded by saying that everything would remain the same and that he hopes the business continues to go from strength to strength.