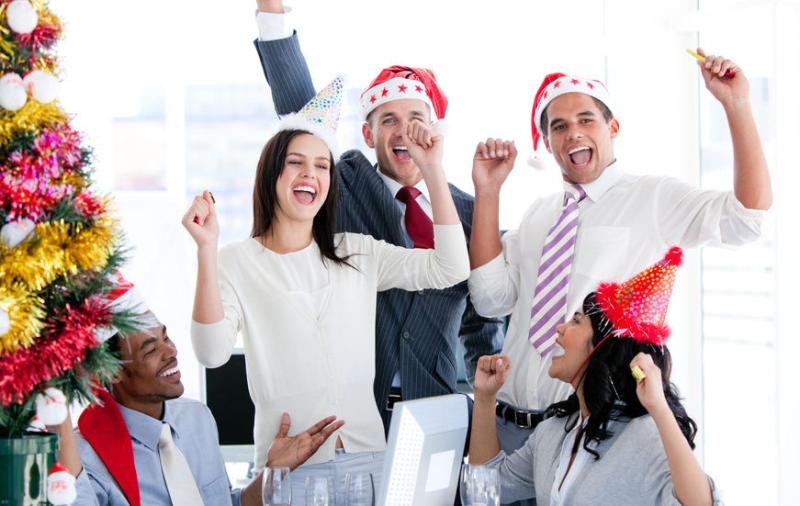 With the Christmas party season underway, it’s a time for letting our hair down, decompressing and celebrating progress.

But a study published by the Institute of Leadership and Management reveals team leaders and managers are under great pressure to make the festive party a workplace team success.

The survey of over 1000 managers highlights:

- 82% managers see team bonding as biggest benefit to having a Christmas party
- 57% stated personal wellbeing as another huge benefit
- However, 19% of managers don't feel relaxed themselves

One in 10 managers gave details of challenges they had had to face, three-quarters of them involving too much alcohol, with many respondents (7%) saying there is too much pressure to get drunk. Other difficulties included fighting (sometimes between senior people), other forms of inappropriate , including illegal drugs being consumed, and sexual misconduct (both consensual and harassment).

HOW TO COOK THE TURKEY SAFELY

As one anonymous manager reported: “A team member was out of control and rude and aggressive to others in the company as well as different due to not being able to manage their alcohol intake. Very unprofessional hence why I am uncomfortable attending these events.”

However, the main downside for a third (33%) of our respondents was that office Christmas Parties kept them from other ‘personal social events’ and one in five (19%) said they can’t relax at them, reflecting the fact that many managers are reluctant to let their hair down because of the responsibility they carry in their role.

“The office Christmas party remains a huge part of the workplace culture but needs to be managed correctly. Christmas Parties are a great way to build teams and improve internal communications and the money firms spend on Christmas Parties are a worthwhile investment in employee engagement, but we must be mindful of what kind of environment we create and of how different individuals can experience the party.”

Over half (54%) of parents in the study described it as ‘easy to take annual leave once the schools have broken up’ though, and a further 32% said that ‘sometimes it was easy’; only 14% found it ‘hard’. These results were almost identical for men and for women, suggesting that the greater flexibility that parents are seeking is equally available.

In contrast, given the current headlines about inappropriate at work, most bosses will probably be cheered to know that fewer than 2% thought that Christmas Parties offer ‘Potential flirting or dating opportunities.

And if you feel the Christmas party date chat comes around earlier every year, the majority (94%) of Christmas Parties are held in December, although just over 2% are in November and nearly 4% in January, no doubt reflecting the challenge of finding somewhere to hold your party.