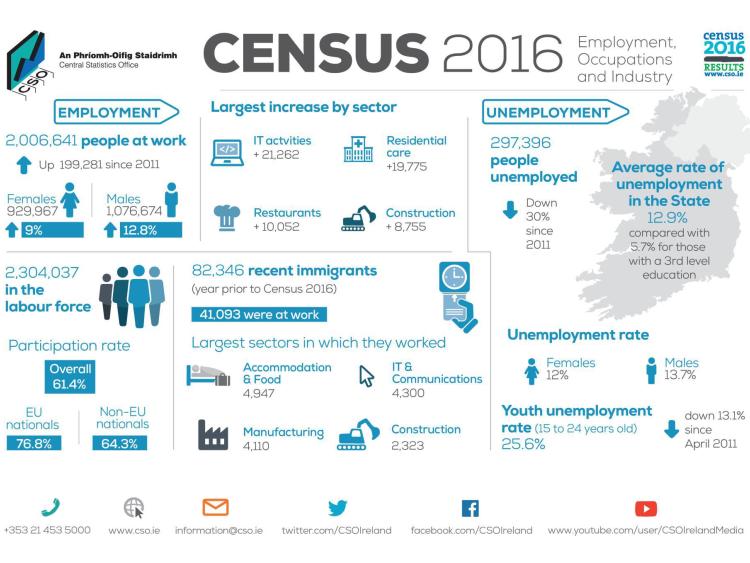 Laois unemployment above the average.

The unemployment rate has dropped by nearly a third in Laois but remains higher than the national average according to the latest findings from Census 2016.

The figures also show that retail was the biggest single employer in April 2016 when population was was counted.

Human health and social work activities was the next largest, with 3,980 workers (11.9%). The top five was completed by education (8.4%), manufacturing (8.2%), and public administration and defence; compulsory social security activities (7.6%).

See below summary of some of the headline employment results from Census 2016 for County Laois, together with comparisons for Leinster and the State as a whole are attached for information. {Note: the top five industry sectors in the province/State may not be the same as the top five in the county, but the relevant figures at provincial and State level are included for comparative purposes.} 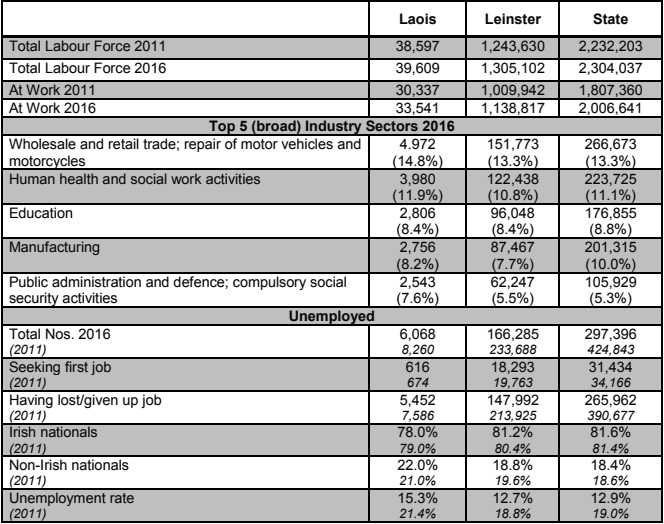 Deirdre Cullen, Senior Statistician, commented: ”This report analyses the world of work in Ireland in 2016, with a particular focus on changes in the numbers at work by occupations and industrial sectors. It also looks at the profile of the non-Irish national population in the workforce. Profile 11 completes the suite of Census 2016 results which has included two summary reports, eleven detailed reports and Small Area Population Statistics. Together, these results provide a comprehensive picture of Ireland in April 2016. All of this data is now available on the CSO website.”