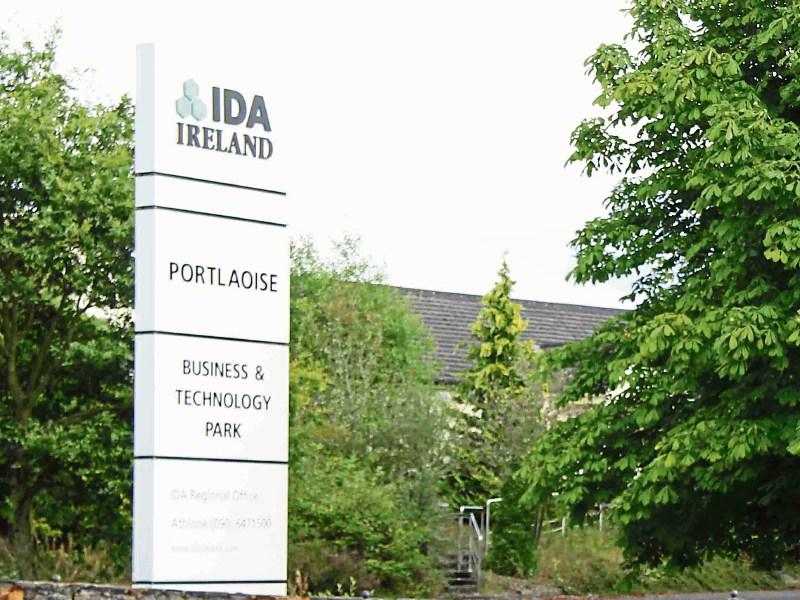 Only Leitrim received less public money than companies in Laois from the State agency responsible for bringing overseas jobs and investment to Ireland.

Figures revealed by Cllr John Leahy RENUA Leader for 2013 to 2016 show that twice in the last four years Laois received no grants at all and total IDA investment was a mere €105,000.

Over these four years, the IDA invested €326 million in overseas companies. A little more than 0.03 percent of this cash ended up in Laois. Only Leitrim fared worse  - receiving no money at all.

Last year the IDA gave 0.005 percent of the €92 million invested into such foreign companies in Ireland last year.

RENUA Ireland warned that the latest IDA figures revealed "a pattern of behaviour that is consistent with state collusion with the ongoing abandonment of rural Ireland."

"These figures explain why the phenomenon of rural flight now a defining feature of the Irish economy," he said.

Cllr Leahy said it should be noted that in the 1970’s and 1980’s Laois and Offaly were what is today called manufacturing hubs with high levels of multinational investment.

"It is however thin gruel when compared to the hundreds of millions being lavished on Dublin which is struggling infrastructurally to cope with any more jobs.

"Truly the government is indulging in the economics of the one-eyed king and that eye is set firmly on Dublin. Serious questions must also be raised over the performance of our current political elite in Laois- Offaly.

"They have utterly failed to protest against an apparent policy to turn rural Ireland into an economic wasteland. It is time to shout stop to, no investment in tourism; closed Garda Stations; attacks on the family farm via stamp duty.

The table provides a breakdown of grants paid by IDA Ireland to its client companies between 2013 and 2016.

The figure provided for Dublin includes payments to the National Institute for Bioprocessing Research and Training. Details of grants paid in 2017 will be available early next year. 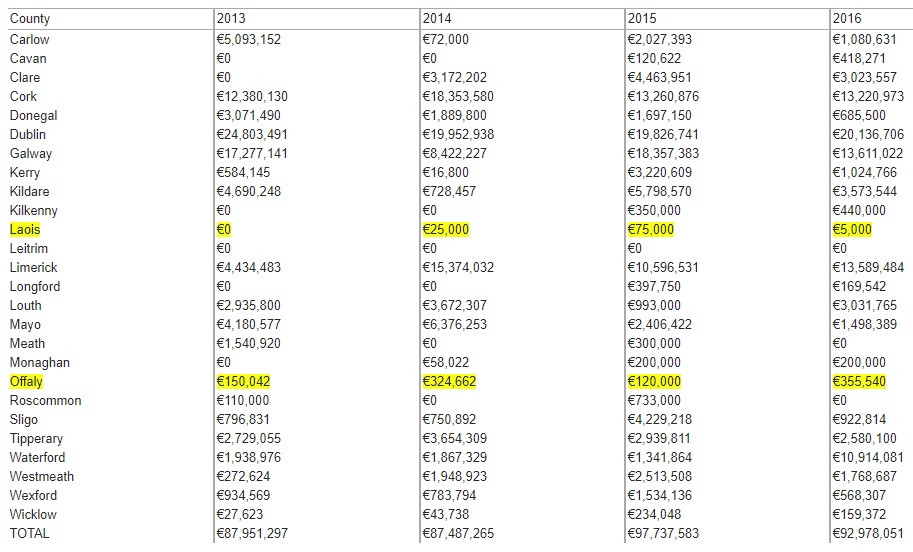