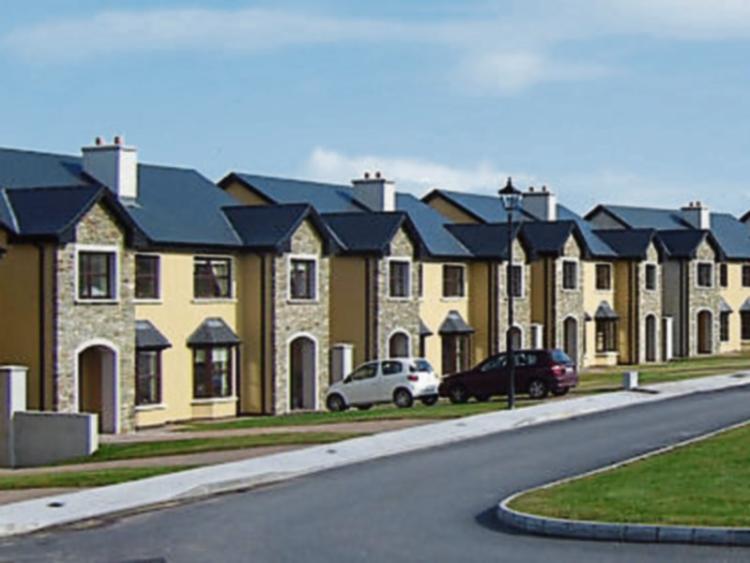 Two hundred and eight nine dwellings in Laois were added to the GeoDirectory database in 2017, 0.8% of the national total of new addresses.

The key findings for Laois of the GeoDirectory database which is the most comprehensive address database of dwellings in the Republic of Ireland include:

- The Laois housing turnover rate was 2.4%, lower than the national average of 2.5%

- New dwellings accounted for 18.8% of all residential property transactions in Laois, higher than the national average of 18%.

Nationally, the construction industry responded positively to demand for housing in 2017, but the level of demand is still far greater than supply according to figures revealed in the latest GeoView Residential Buildings Report, published by GeoDirectory.

The report finds that 36,218 new dwellings were added to the GeoDirectory database in 2017, 1.8% of the total residential stock.

Of these new addresses, the overwhelming majority were located in the capital and surrounding counties, with Dublin, Meath, Kildare and Wicklow accounting for 77.4% of the overall total.

In Laois, 289 new dwellings were added to the total residential stock.

Leitrim had the lowest number of new addresses in the country, with only 74 properties added to the database in 2017, 0.2% of the national total.

The GeoDirectory database estimates a total of 95,114 vacant dwellings in the country, 4.8% of the overall national residential housing stock.

This represents a slight decrease on the previous GeoView report in June 2017, which estimated the vacancy rate to be 4.9%.

Of the 26 counties examined, 14 recorded vacancy rates above the national average.

At the other end of the spectrum, Dublin (0.8%) and surrounding commuter counties Kildare (2%) and Wicklow (2.5%) recorded the lowest vacancy rates in the country.

The vacancy rate in Laois was 4.7%, which was slightly lower than the national average.

According to CSO figures, 50,597 residential properties were purchased over the twelve months to October 2017, with new properties making up 18% of the total. Urban areas and commuter counties accounted for the vast majority of these transactions, with the most occurring in Dublin (17,171), Cork (5,642) and Kildare (2,587). Meath (32.6%) was the county with the highest proportion of new dwelling transactions, emphasising the growing demand for housing on the commuter belt.

These five counties, all located in the Leinster region, were the only counties to exceed the national turnover average.

Construction activity has doubled relative to the same period last year, with 7,457 buildings under construction in December 2017, representing an increase of 52% on December 2016.

This construction activity was primarily concentrated in the Leinster region, accounting for 63.4% of the overall total.

In Laois, 130 buildings were under construction in December 2017.

The counties with the lowest proportions of buildings under construction were found in the North-West and Midlands region, Leitrim (0.2%), Longford (0.4%) and Roscommon (0.5%).

Data from the Department of Housing, Planning and Local Government (DHPLG) showed that there were 17,151 residential commencements in the twelve months to October 2017, an increase of 37.1% on the corresponding figure in 2016.

A total of 166 residential commencements were recorded in Laois in 2017.

Outside Dublin, Longford had the lowest average property price at €94,792. Longford was also the only county in the country to record an average price lower than €100,000.

However, building is heavily concentrated around Dublin and surrounding counties, while demand for housing stock remains at a high level.

“While progress has been made, there is still work to do in order to meet demand.”

“It is interesting to note that, based on GeoDirectory and CSO figures, the average turnover rate of housing stock has increased from 2.1% to 2.5% in 2017, with new dwelling transactions jumping from 8% to 18%.

Despite the notable increase in new buildings, house prices have continued to rise in Dublin and throughout the country.”

The GeoDirectory database is the most comprehensive address database of dwellings in the Republic of Ireland.