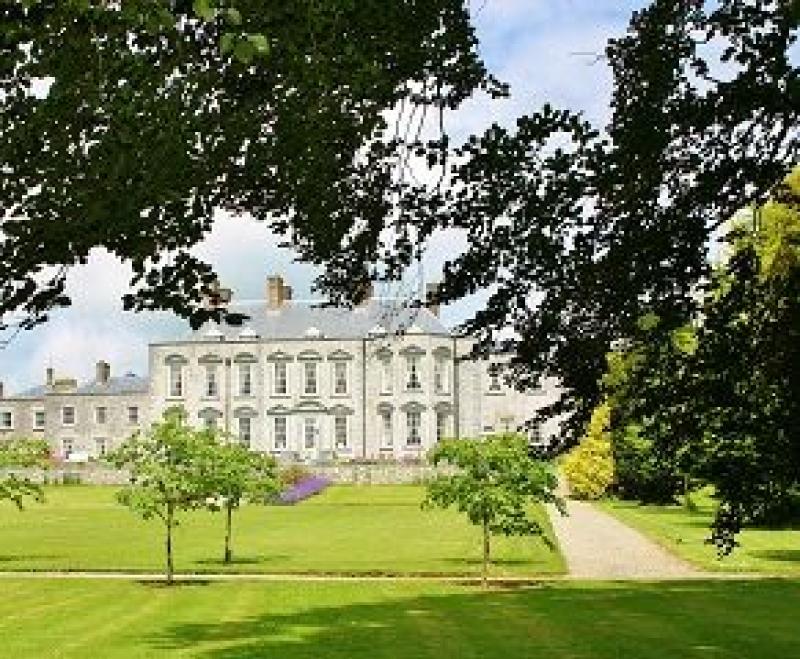 Castle Durrow in the top ten hotels in Ireland.

Laois hotel Castle Durrow had made it into the top ten Irish Hotels in the TripAdvisor Choice Awards.

Global, category and country winners of the of travel website's 2018 Travelers' Choice Awards were announced today by the travel website. The winners were determined by reviews and opinions collected in a single year from TripAdvisor travellers worldwide.

In the 16th year of the awards, TripAdvisor has recognised 8,095 properties in 94 countries and eight regions worldwide. TripAdvisor says the hallmarks of Travelers' Choice hotels winners are remarkable quality, service and value.

In the Irish category, Castle Durrow came seventh of out just 25 hotels chosen by Trip Advisor. More 80 per cent of the 581 people who reviewed the hotel classed their stay as 'excellant' leading to a five out of five rating.

This was what Jordan Smith from Dublin posted following a stay at Christmas.

"We visited Castle Durrow on New Year's Eve for two nights. Words can't describe how wonderful our stay was. All of the staff were so warm and welcoming and really made us feel at home from the minute we checked in. Our room was beautiful with a large four poster bed and a great window overlooking the amazing gardens.

"There was a fabulous gala dinner for New Year's Eve itself, and the next day we ate in the bar. The food was excellent and the portions were enormous, really great value for money! Breakfast was included in the rate, we had it delivered to the room both mornings and it was the best full Irish we've had out of all the hotels we've stayed in.

"The grounds of the hotel are spectacular, with lots of nice walks both inside & outside of the grounds. If you're looking to visit Ireland, Castle Durrow is a must see for everybody- boasting over 300 years of Irish history," he said.

In 2015, Ireland’s Blue Book announced that Castle Durrow has been listed as one of the top 10 Hotel Castles in the world, according to TripAdvisor.

Regarded as one of Ireland’s most luxurious Irish Country House Hotels, Castle Durrow was originally built by Capt. William Flower (later to become Viscount Ashbrook) in 1716 as his family home. Its pre Palladian design and formal gardens were the height of fashion in their day and the grey / blue cut stone contrasts with the breath-taking views of the landscape.

In 1929 with the Parish of Durrow acquired the Estate for the purchase price of £1800 and Castle Durrow was transformed into a school, St. Fintan’s College and Convent. The Presentation order ran the castle as a closed convent before they opened up the castle as a primary and secondary school which stayed open until 1987.

In the 90’s, Peter and Shelly Stokes purchased Castle Durrow and began the castle’s renovations over three years to complete.

Shelly told the Leinster Express the award was great news.

"We are absolutely thrilled that we have delivered an experience to our guests that has moved them give us such great reviews. An experience that we would not have been able to deliver without our dedicated and super friendly staff.
Being an independent small family run hotel we depend on our staff to give our customers a stay or a dinner that makes them happy," she said.

The top hotel in Ireland as selected by TripAdvisor users is the Killarney Park, Hotel.