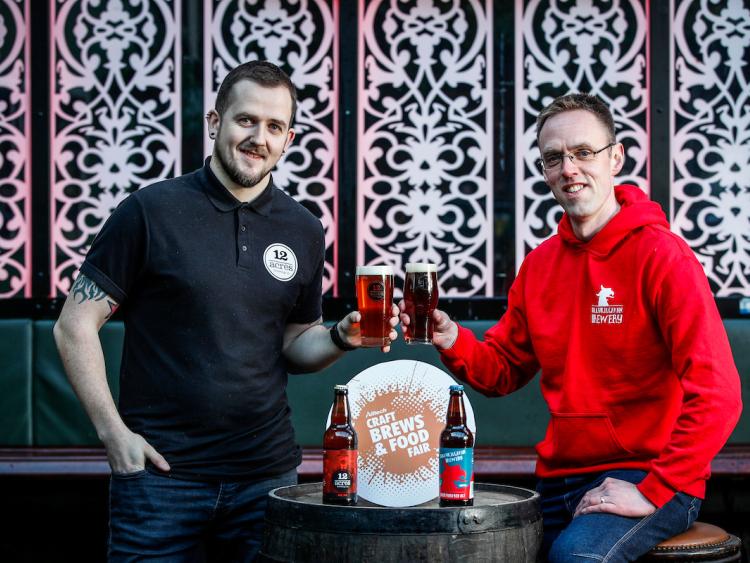 This year’s event will host more than 50 exhibitors.

Founded in 2014 by the four McDonald brothers, 12 Acres Brewing Company use only the finest malted barley and pure spring water from their farm in Killeshin. The McDonald’s great-grandfather bought the 12 Acres field in the 1920's and started growing malting barley for the brewing industry, and his image features in the brewery branding.

This family-run business provides full traceability from their crops to their finished beers, and they operate a sustainable business using by-products for animal feeds on the farm. They currently have four beers available to market: 12 Acres Pale Ale, Single Malt Lager, Rye IPA, Spring Seasonal American Brown Ale, and will launch a seasonal special at the event.

Ballykilcavan Brewing Company was founded when David Walsh-Kemmis took over the family farm at Ballykilcavan, near Stradbally and became the 13th generation of his family to run it. With ever falling returns from farming, David and his wife Lisa realised that they had to diversify their farm to secure its future, and this led to them setting up their brewing company in 2016.

As the main crop on the farm is malting barley, David and Lisa grow 100% of the barley used to brew their beers. Ballykilcavan Brewing offers two core beers - Bin Bawn Pale Ale and Brickyard Red Ale - and are currently expanding their beer range and installing a brewery in their 230 year old stone grain store.

The event will showcase the latest innovations and trends and a new ‘Distillers Quarter’, capturing the growing interest in craft spirits and cocktails.