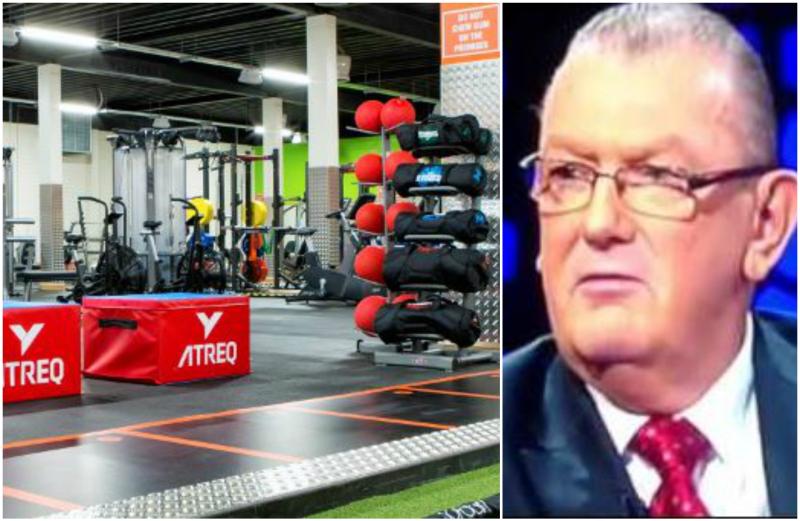 Ben Dunne, one of Ireland's best known entrepreneurs, compared his gyms to good supermarket wine when revealing he would be opening a new branch in Portlaoise this year.

The former supremo of the supermarket chain, Dunnes Stores, confirmed to the Leinster Express that he is to open one of his trademark fitness centres at Lismard Business Park, Portlaoise.

The 19,000sq ft unit beside discount store Mr Price will have up to six full time staff as well as a number of part time staff and personal trainers who will work for themselves.

Ben Dunne Gyms have been operating since 1997 when the first centre opened in Blanchardstown.

Speaking about branching out of Dublin, Mr Dunne said he was nervous about the move.

“We are expanding around the country and we didn’t know how well we would do outside of Dublin with the population there.

“We went to Navan first, Waterford, Portlaoise and Limerick. There is a lot of expansion ahead but it is all about getting the space to do it.

“It all depends on where the opportunities are coming up, we are going to take them whenever the developers come and offer us properties at the right prices,” he said.

Mr Dunne said that he has learned with each new gym what people want and he said that they have gotten better and better with every new opening.

“We listen to what people look for and on each occasion we improve.

“We don’t do much therapies or things like that or there is no coffee shop, we stick to the package we have.

“What we find is people want to walk into the gym in their gym gear, do their workout and get straight into their car and go home, and even have their shower at home,” he said.

The chain focuses on no frills gyms that provide facilities such as free weights and resistance machines for a relatively low cost. Mr Dunne compared his gym to a good wine.

“It reminds me of years ago in this country when people thought you had to pay a lot of money to get a good wine but now people know you can get good wine at low prices.

"In terms of fitness centres we are giving a top end product at user-friendly prices. I think that is why it is so successful,” he said.

Mr Dunne also revealed that he will be starting a fitness academy to train people to be fitness instructors.

“We are starting our own academy, we are going to train people to be fitness instructors and we will be different in that we will be able to give them work experience. We want to set a new standard in training people.

“Our first academy will be open this year we hope to have four around the country and not just limited to Dublin.

“At the moment we don’t have the space in Portlaoise for the academy but never say never.

“A lot of plans are hopefully coming to fruition it is exciting times for this organisation,” he said.

Mr Dunne confirmed that the Portlaoise branch of Ben Dunnes Gyms is set to open at the end of May.