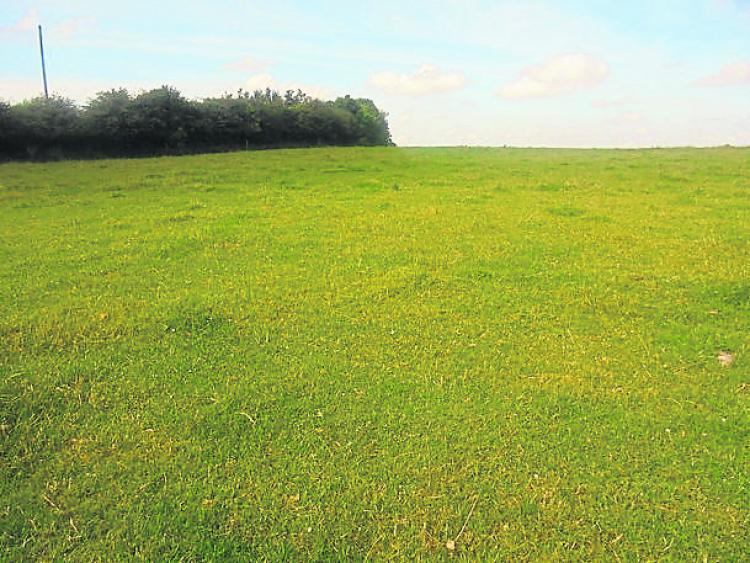 Laois land prices have recorded the highest jump in the country, increasing by 22 per cent.

The figures are contained in the 2017 Irish Farmers Journal Agricultural Land Price Report which released this Thursday.

The dairy drive has certainly driven prices in Laois, with almost 50 of properties making over €12,000/acre.

There was a high demand for smaller high quality parcels of land, with parcels under 40 acres selling for almost €10,500/acre, above the county average.

The county’s supply increase was the second highest in the country, with a jump of 60%. 5,120 acres were offered to the market, up from the 3,199 acres offered for sale in 2016. Westmeath also had the highest proportions of properties offered for auction last year in Ireland.

2017 saw land prices at their highest level in three years.

A strong year for land prices saw value increase in 19 counties, with just 7 counties seeing a price fall. Kildare had the highest agricultural land value in 2017 at €14,020/ac while Leitrim was the least expensive county for land at €4,586/ac.

What were the key drivers of land prices in 2017?

- Non farmers were a major source of competition for land in 2017 with business people investing in land as an asset in the Republic of Ireland.

- Forestry was once again a big player. The lucrative premiums and tax free income on clear fell meant pension funds, private investors and indeed farmers regarded forestry as a solid low risk investment. This increased both competition and the base price of marginal land in many parts of Ireland, particularly in the west.

- Dairy was the big driver of land prices last year, with counties such as Cork, Laois, Tipperary and Carlow all seeing substantial increases of over 10%. Tillage beef and sheep farmers lagged behind as the dairy drive pushed on.

- The supply of land offered for sale to the market in 2017 totalled 78,350 acres, up 6.2% on 2016 but auctioneers noted the scarcity of land coming onto the market as a reason as to why land prices were rising.

- There was a very noticeable reduction in supply in the border counties suggesting Brexit could be a factor in these counties.

For the eighth consecutive year, land prices have hovered between €8,700/acre and just under €10,000/acre. With the dairy drive and more businesspeople buying land, the market strengthened in 2017.

The highs experienced in 2007 when land was fetching over €20,000/acre is a distant memory as Ireland’s land market settles into a steady pattern.

It is the first time since 2014 that the average price per acre has risen over €9,000/acre. The improving prices can be seen around the country with 19 counties showing an increase in land prices in 2017.

Seven of these counties saw a price rise of over 10%, with Laois experiencing the highest jump of 22.1%. Just seven counties saw a drop in average values, with Waterford, Monaghan, Donegal and, surprisingly, Kilkenny seeing drops of over 10%. The influence of commodity price volatility was plain to see in 2017.

A bumper year for dairy farmers was counteracted by another poor year for grain. Beef and sheep farmers had a better year than in 2016 but were largely unable to compete with the dairy drive. It was just over 12 months ago when the milk price was on the floor and confidence was right there with it. What a difference a year makes and there is little doubt that land prices have significantly benefitted from this renewed dairy vigour.

Forestry was a major player in the Irish land market in 2017, with agents, predominantly in the western region, noting a strong appetite for land suitable for planting. With investment funds considering forestry a low-risk option, international pension funds were very prominent in the market last year.

Individual investors and farmers are also availing of the lucrative premiums obtained from planting in Ireland at the moment. To a lesser degree, smaller UK investment funds are active in the Irish forestry market. Agents have said that if forestry companies have not bought land suitable for planting, they have almost certainly being the highest under bidder. The reality for farmers in this instance is that competition is heavily increased.

As long as tax-free income on clear fell and lucrative premiums of €560/ha per year are received, the demand for forestry land will not waver.

More business people were active in the market in 2017. With land prices halving between 2007 and 2009, the market seems to have corrected itself. This relative stability has encouraged business people to invest in the market, with land believed to be a solid, low-risk investment. Business people with equine interests have also been to the forefront and it is believed that Frank Dunne, of Dunnes Stores, snapped up Ballymacoll Stud for €8.15m in June.

Dairy has been the big driver of land price in 2017. A better milk price, increased production and expanding enterprises have meant the appetite for land continues to surge. Counties such as Cork, Tipperary and Laois have seen prices rise by over 10% as a direct result of this hunger.

Agents around the country have noted that dairy farmers were in a league of their own and, with the strength of the milk cheque last year, dairy farmers had the financial muscle to outbid other players.

The supply of land offered to the market in 2017 totalled 78,350 acres, up 6.2% on 2016 when 73,778 acres were offered. While the supply increased in a general sense, one of the most frequent observations form across Ireland last year was the scarcity of land.

The analysis shows 13 counties in the Republic of Ireland had a supply reduction in 2017 with a very noticeable reduction in the border counties with Donegal, Monaghan, Cavan and Louth all seeing less land on the market which may well be a direct impact of Brexit amid the uncertainty around cross-border trade.

Furthermore, just 47% of the properties offered for sale at auction were sold under the hammer with both auctioneers and selling agents claiming this is partly due to (1) the relatively short timeframe in the auction room that allows buyers to get their finances in order and (2) Some sellers had unrealistic expectations and were holding out for more than €10,000 an acre making targets unviable and properties being either withdrawn or remaining on the market.

Leasing was a major factor in the land market in 2017. The Irish Farmers Journal began collecting information from auctioneers around Ireland last year to ascertain how much farmers were paying to lease land. With this information, we now have a comprehensive county by county breakdown of the current leasing market with the average price for leased land in Ireland at €196/acre in 2017.

Almost every agent said that lease prices were up in 2017, as the demand rose with more and more farmers entering into long-term agreements. Dairy farmers are willing to pay top dollar for land, which is raising the prices in certain regions.