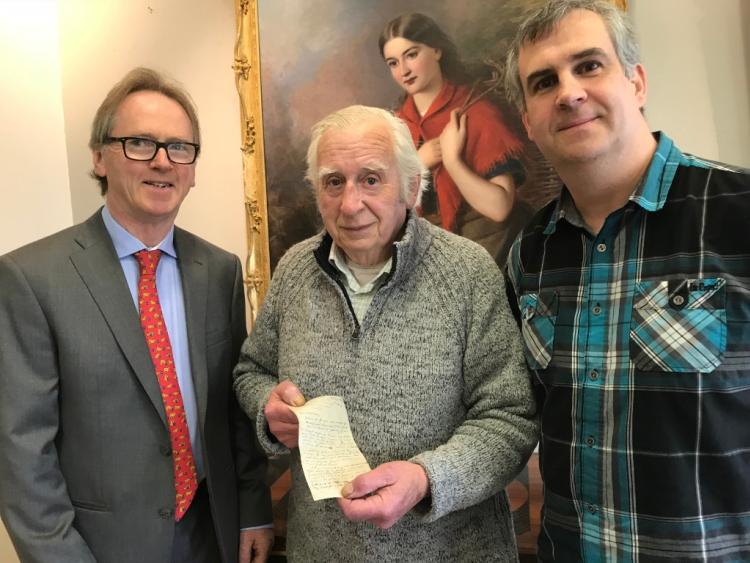 One of the only four letters known to exist, which was written by Kevin Barry on the eve of his execution, sold today at an auction in Sheppard's Irish Auction House in Durrow.

The letter was one Kevin Barry wrote to Dr Denis Coffey, the first president of UCD on the eve of his execution at Mountjoy Prison on November 1, 1920. In it Kevin Barry, who was a medical student in UCD, thanks Dr Coffey for his kind thoughts. He says he will miss his classmates, but he knows he is going to a better place.

Present at the auction were Kevin Barry from Rathphilly, a nephew of Kevin Barry and his son Michael, a grand-nephew.

The letter was originally found in a military chest which belonged to Quartermaster Felix Cronin, who was married to Kitty Kiernan. The chest was sold at a house sale in Lorrha, Tipperary in 1995.