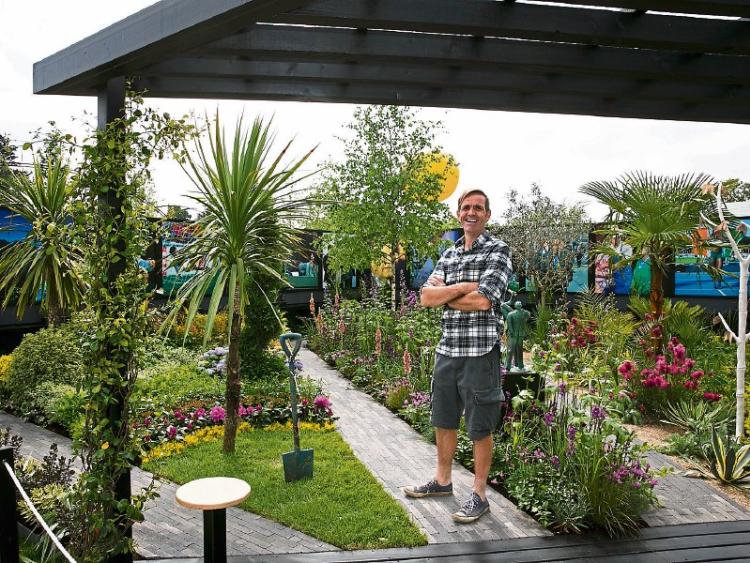 As the gates opened on Bord Bia’s 12th annual Bloom festival in the Phoenix Park Dublin this morning, organisers announced the details of the overall Show Garden winner which went to Andrew Christopher Dunne for his Sustainable Seafood Garden in association Bord Iascaigh Mhara. Following two days of adjudication, a total of 113 awards were presented to show garden and postcard garden designers, plant nurseries and floral artists from all around the country.

Landscape contractor and garden designer Brian is no stranger to Bloom. In 2015, the Killenard resident was won RTÉ Super Garden and also the recipient of a Silver-Gilt medal at Bloom for his garden 'Non Forsit.

In 2016, Brian designed and built GOAL’s ‘Damascus Courtyard – War and Peace’ garden which was rebuilt at the Syrian Refugee Reception Centre in Co. Kildare.

Last year, he designed and built ‘On Cloud CaNine’ for dog welfare charity, Dogs Trust. A graduate of Trinity College, Dublin, Brian has more than 20 years’ experience in the construction and landscaping industry in Ireland, the UK and the USA. He lives in Co. Laois with his wife Julia and their five children.

The inspiration behind this garden installation comes from the passing of 30 years since sponsor Woodie’s opened its first store in Ireland. It depicts a shift in mood across three zones: past, present and future.

A photographic backdrop chronicled pivotal points in Ireland’s social and cultural evolution over the last 30 years, while a 20-metre-long steel rill abutting the backdrop symbolises a journey of continuity, fluidity and coherence and the natural unfolding of a newly assertive society, despite periodic difficulties. Each zone features a commissioned piece of ceramic sculpture.

The past refers to religious fervour; the present depicts progressive secularism; while the future represents the omnipresent threat posed by climate change.

Additionally, the planting of each zone seeks to reflect the trends and tastes of the period in question, the progression from ‘then’ to ‘now’, as well as a projection of the future